What are the advantages of commercial farming? Does it have any outstanding benefits over other types of farming? We are about to find out about that and more in yet another comprehensive agriculture article. 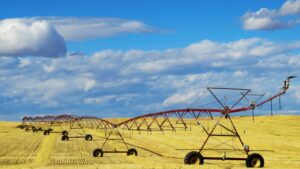 Commercial farming relates to the growing of crops and the rearing of animals for the sole reason of profit-making. To achieve the economies of scale, this type of farming needs to be absolutely effective and done on a large scale if the farmer is to maximize the profit margin from the farming activities.

What impact has the lockdown had on the agriculture sector? Can you still profit despite the economic downturn?

Present-day commercial farming is all about the production of crops and animals for sale, using very advanced and efficient technology. This practice is also referred to as agribusiness and is being taken up by more people who are perceiving it as a lucrative venture. A lot of money has been invested in this type of farming, in the form of capital, labor, and land. Commercial agriculture is due to this reason the main driver of global agriculture.

There are, however, some worrying trends about commercial farming, including the consistent use of fertilizers, insecticides, weed killers, as well as pesticides during the farming process. Not forgetting that the entire process relied on a lot of water, which is something that is quite worrying more so to those who are very conscious about sustainable environments.

That said, however, there are also very many significant benefits of commercial farming, that we all can appreciate in one way or another. The main ones include:

Commercial farming is a solid source of jobs for those who are living within the area in which it is practiced. The workers can earn an income that enables them to fend for their families. This essentially implies that commercial farming usually stimulates local economies.

Commercial farming usually plays a significant role in the reduction of the price of agricultural products. this is mainly due to the fact that the crops that are availed to the market usually get there in sufficient numbers. Owing to the forces of demand and supply, this makes it possible for the prices of such commodities to be lowered significantly.

This type of farming plays a crucial role in the mechanization of various operations within the food production and supply process, which is something that helps with the enablement of the farms to produce even more food. As a result of this, commercial farmers usually increase their production, which then translates to an increase in the national stock of food products. 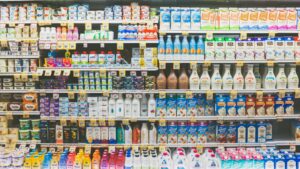 Commercial farming makes it possible for even more materials to get to the local and international industries which are tasked with the production and manufacture of agricultural by-products. Companies that, for instance, manufacture juice, rely on the production of fruits such as oranges, mangoes, and apples, in large quantities. The same can also be said of the companies that manufacture coffee and cocoa products, such as confectionery industries.

Countries that have managed to figure out which crops that they can farm on their lands, based on the climatic conditions, are in the best position to earn high foreign exchange. In West African nations, for instance, the export of coffee and cocoa brings in a very large amount of money, in the form of foreign exchange, which in turn is used to boost the growth of the economy.

What does this decade hold in store for farmers and investors in the field of agriculture?

This type of farming has been realized to be one that is very key in the establishment as well as the improvement of infrastructure in the areas in which it is happening. It can for instance help with the setting up and improvement of the roads and electricity networks.

Thing is, commercial farms usually rely on electricity, as well as in having their farms wired to electricity. This means that the surrounding communities also get to benefit from the existence of those farms, by also being wired. The roads also have to be improved, for them to help the farmers and those living nearby.

In the same manner, it helps with the establishment of water networks in areas that were previously struggling with the lack of water, moreso in the developing countries. 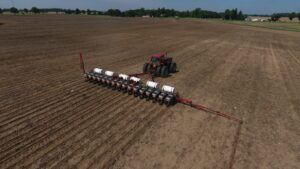 Commercial agriculture happens to be highly organized, which is unlike traditional forms of agriculture. Organization with this type of agriculture plays quite a significant role in the definition of how specialized the operations can get. Specialization is a sustainable approach to money-making since the various stakeholders can focus on the elements of production that they are best suited for, and for which they have the monetary and human capital capacity to facilitate.

As we have just seen above, commercial farming plays a major role in ensuring that there is a specialization of labor. One of the benefits of the specialization of labor is that those who are working on certain levels of production put in a lot of skill and time to see to it that the production process results in maximum profitability. This means that the products have to be of the best possible quality. Those who consume these products get to benefit from this aspect as they consume the produce that leaves the produce as food crops, or as the final products that have to undergo processing.

Commercial farming is a major driver of the global economy, thus is worth observing and tracking even from an investor’s perspective. How profitable can this type of farming be? Get some insights from experts in agricultural investments in the Agriculture 4 part Series recommended below:

Investing in Agriculture (Research-backed approached for 2020 and Beyond)

Those are the top nine advantages of commercial farming that you should know about if this is a field that you are interested in diving into. With sufficient information on how to go about it, you will definitely get your big break along the way, and get a share of the big pie ( billions worth of profits reaped each year).