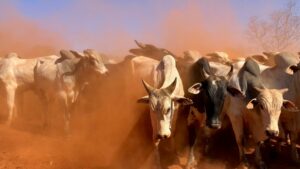 Which is the best cow breed for beef? Which outstanding characteristics do they have that set them apart from other breeds? Are these breeds rare? Such are some of the questions that I recently found myself seeking answers to. I did some research and obtained some very interesting findings. In today’s article, I will be presenting my findings, to give you an idea of which beef breeds are preferred by farmers, and for what reason. Join me till the end of the article as we expound on all of this.

(Is beef farming the way to go? Which are the proven strategies to profit in the agriculture industry?)

The top 9 cow breeds for beef

This happens to be the most common beef breed in the whole of the USA. It set foot in the USA around the 19th century and has mostly gained its footing in Kansas. There are currently more than 330,000 registered Black Angus cows. The one main reason behind the popularity of this breed is that it is known to produce well-marbled, flavorful beef. The fact that it can produce beef of this kind makes it one that is worth rearing, for the very purpose of supplying a ready market. 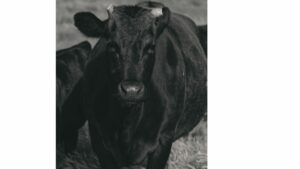 The other reason behind this breed’s popularity is that it requires very little maintenance when calving. The cows are pretty much very good mothers and are feed efficient, which makes it easy for the cattle farmers to manage the herds without feeling overwhelmed.

The Red Angus is not as popular as the Black Angus but fortunately enough, it usually offers similar carcass characteristics. This means that you can expect the same well-marbled, flavorful beef from it. The Red Angus is also quite the tame breed, and they have very impressive mothering skills, which takes the stress of the minds of their owners. In addition to all of that, they happen to be very tolerant of hot temperatures (more than Black Angus).

The North American beef industry is thriving today, all thanks to the introduction of this breed. The Charolais breed became a popular breed in the USA just when farmers were realizing that they needed cattle with a larger and heavier frame for more meat. The British cattle breeds were not delivering these characteristics, hence the need for the switch.

The Charolais breed exists as white or creamy animals with a hair coat that changes in thickness during the hot and cold seasons. In the summer, the fur is usually short, but it increases in length and thickness when winter kicks in. 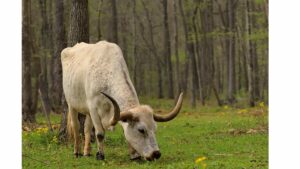 If you have heard about Christopher Columbus, then you will be glad to know that he was also the man behind the introduction of the Texas Longhorn cattle breed. Christopher, along with the Spanish Colonialists introduced this exceptional breed to the USA at a time when farmers could really do with a hardy breed. One of the very outstanding characteristics of the Texas Longhorns is their very long and sharp horns. They also happen to have diverse coloring. They can be of many different colors, but the dark red and white combination happens to be the most dominant one.

Here is one of the oldest breeds in the entire world. The Simmental also happens to be one of the most widely distributed beef breeds on a global scope. Their distinct red and white color introduces them quite spectacularly on the cattle fields. They made their way into the USA towards the end of the 19th century, and have actually played a very significant role in the beef industry in the USA.

It is safe to say that this breed is mainly reared for its large body frame. In addition to that, they do not require extreme care during the calving season, which is something that contributes to the higher survival rate. To top off all the benefits is the fact that this breed has a very high potential of gaining weight, hence the farmers can increase the input (feeds) to get impressive outputs (more meat).

This is one of the most outstanding European breeds that have made their way into the United States so far, and have thrived exceptionally well. The Gelbvieh was introduced through artificial insemination, and has been found to be particularly beneficial to farmers due to the following characteristics:

Such a cool name for this cattle breed don’t you think? These golden-red cows are originally the south of central France in the popular Limousin and Marche regions. When they made their way into the USA, these cows were mainly reared in Oklahoma, Texas, and in South Dakota. They have, however, made their way to North America, where beef farming is taken quite seriously. Currently, there are more than 1 million registered Limousins in this region. Besides the cool name, the external features of this breed have attracted very many farmers in the beef industry.

Farmers who drive Limousines? Yes! Find out how they will be making their money in 2020 and beyond (Research-backed insights) 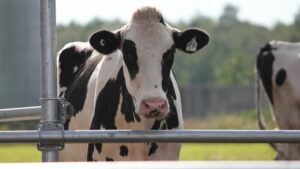 These white and black cows are mostly known for being dairy animals, but they have also become quite popular in the beef industry. The Holsteins that are therefore not reared for milk are simply pushed to the beef farming sector, where they are properly fed in readiness for the production of meat. With the many desirable traits that they bear, these cows have become popular in the global beef industry. They are actually well-known to farmers as a breed that produces a consistent product. It is actually their genetic similarity that makes it possible for them to produce this consistent quality of meat.

The list is obviously not complete without the Highlands! Here is a hardy breed of cattle that is very adaptable to the cold weather and snow. They have a double coat that protects them from the extreme cold, and this makes them a perfect choice for the farmers who do not have well-established structures yet. You will find the Highlands thriving in regions such as Alaska, and other cold regions such as Scandinavia. In the USA, they are popular in Texas and Georgia. 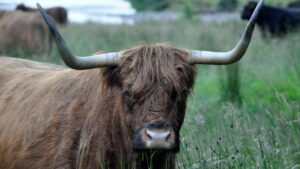 These cattle have long lashes and forelocks, which play a very important role in protecting their eyes from flying insects (hence preventing pinkeye and cancer). The highlands beef is loved for being lean, well-marbled, and flavorful.

The cattle farming industry is one that is full of money-making opportunities. The above-listed breeds are actually capable of bringing in an impressive income on an annual basis. Which other ways can you make an income in this industry? Take some time to go through the agriculture 4 part series recommended below:

That will be all for my article about the best cow breed for beef. I hope that you enjoyed it and that you are now familiar with the breeds that the money-oriented farmers settle for. If you loved this read, be sure to share it with your colleagues so that they can also be in the know.