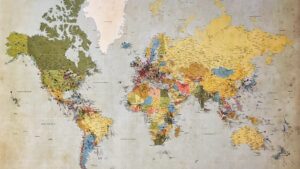 In today’s article, we shall be looking at the best food-producing countries in the entire world. The world is facing a possible food shortage crisis in the nearby future hence it is important to map out the top-performing nations as we closely follow their trends. Observing the trends of the top performers in the agricultural sector weighs in a lot of decisions as far as carrying out investment strategies is concerned. I, therefore, think that it is essential for farmers and investors to be well aware of who the giants are in this industry.

Here is a list of the best food-producing nations in the entire world:

China is the largest producer of both rice and pork. It also has a spot amongst the top 3 producers of milk, chicken, and beef, in the entire world. Back in 2014, China was ranked 4th in terms of the value of the exports made in that year, with its $58.5 billion dollars. This represented a 79.4% growth from 2009. It is clear that China is very serious about food production, and the supply of food to the countries that do not produce in large quantities what they can comfortably produce.

China’s economic growth has enabled it to produce enough food to halve the number of the undernourished citizens, since the 1980s. There are unfortunately close to 150 million Chinese who do not have sufficient food, more so those living in the rural areas.

In China, an estimated $32 billion worth of food is wasted on an annually, though there are very significant efforts that are being made to address this matter.

P.S. Have a look at what you can expect from the agriculture industry in terms of money-making (2020 and beyond)

The USA has for quite some time been identified as the second  largest producer of pork in the entire world. It  has also been the largest producer of milk, chicken and beef. When it comes to rice production, however, the USA ranks 12th in the entire world. This is why it doesn’t rank first in terms of overall food production. It is however the leading agricultural exporter, with its exports totaling to an estimated $110 billion back in 2014.

Brazil happens to be amongst the top 5 largest producers of milk, pork, beef and chicken on a global scope. It takes the 9th place in rice production. Brazil’s appearance on this list can also be attributed to the state of the economy, in the way it takes the 9th place in terms of economic strength. Agriculture actually plays a major role in the state of its  economy, as is evidenced by the state contribution that it makes to the GDP. Brazil also has a spot amongst the largest food exporters.

India clinched the second place in terms of the production of rice and milk. It also boasts of being amongst the giant chicken and beef producers in the whole world. Its export growth rate is at 21.3%, which makes it the best country in terms of export growth ( over the past decade). Unfortunately, this country is still battling hunger issues, with 30% of its children being underweight. 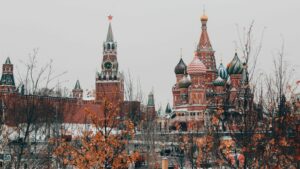 Russia happens to be the largest country in the entire world in terms of the presence of land that is being used for agricultural production. It also ranks very high in the list of the largest producers of milk, pork and beef in the entire world. The impact of Russia’s sanctions on food imports have gone a long way into proving that it is actually an agricultural superpower. Owing to the fact that Russia exports and imports food from the European Union, any move it makes with regards to food goes a long way into the determination of the state of affairs in this section of the world.

Mexico’s role in the beef and chicken production sector is quite significant. It is also well known for the production of both milk and pork as well. Despite this being the case, you will be surprised to learn that only a small portion of this production features in the nation’s GDP. In 2012, Mexico’s agricultural exports were well over $10 billion. This represented an annual crop output growth of about 1.67%.

When it comes to agricultural production, Japan is perhaps best known for the production of rice. In 2012 alone, this country managed to produced an estimated 10,654,000 tonnes of rice, making it the 10th largest producer of rice in that year. Beyond rice production, Japan is also amongst the top 10 producers of milk, pork and chicken.

The country’s ranking in the rice production category is largely due to the fact that its citizens mainly consume rice and fish. They also eat significantly less meat in comparison to the people living in the USA and in the European Union.

Japanese agriculture, along with its fisheries and other exports had an 11.1% increase in 2018, and were valued at an estimated 611.7 billion Japanese Yen. 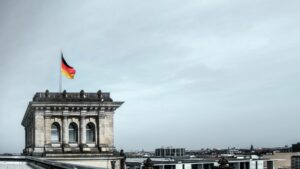 Germany has also not been left out in this list. It is the 3rd largest producer of pork  in the entire world. It also ranks very high in the list of the best milk and beef producers in the entire world. In terms of the overall exports, Germany never misses out on the top 10 spots, with it going as high as the 3rd place. In 2014, for instance, the value of its exports stood at US $70.6 billion, which marked a 44.8% increase over the last half decade.

This Eurasian nation ranks on this list due to its milk and chicken meat production. It also performs quite well in terms of beef production, in the way it features in the top 20 best beef producers’ list. This country also has one of the highest export growth rates in the entire world, with its agricultural exports being reported to have tripled over the last decade.

Recommended :How to Advnace Financially With Profits Obtained From The Agriculture Industry In This Decade

That will be all for my article about the best food producing countries in the world. I hope you learned something and that you can now enlighten your friends about what you know. Do not forget to share this article with them as well, so that they can get a better grasp of the subject matter. Thank you for being an active reader.