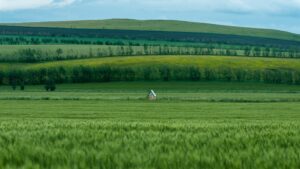 Who is the biggest farmland owner in America? This question has popped up quite a number of times so far, with there being some recent developments that have sparked people’s curiosity in as far as this matter is concerned. But why should people worry about who owns the most farmland? Let’s find out about that and more herein.

The oncoming food crisis – Are you well prepared to survive and thrive?

The biggest farmland owner in America

As of now, we can confirm beyond a reasonable doubt that Bill Gates is the farmland King in America. Bill Gates is a man who needs no introduction, at least to a large number of people in the world. Harvard’s most successful dropout, as he’s commonly referred to as, has accumulated a number of accolades so far, the main being the world’s richest man on a number of occasions. Whereas he may have been overtaken by other tycoons in terms of richness, Bill Gates is still striving to make more headlines by the day.

The Microsoft co-founder has managed to rise to the status of America’s largest farmland owner by quietly purchasing huge plots of land across various states in the country.

Bill Gate’s portfolio comprises close to 242,000 acres of farmland, as well as close to 27,000 acres of land for other ventures and activities distributed across 19 states.

Where are Bill Gates holdings at?

The largest chunks of land owned by Bill Gates are in Louisiana and Arkansas. He owns 69,071 acres and 47,927 acres of land in both states, respectively.

Bill Gates also has close to 16,000 acres of land in his home state, Washington. This includes a 14,500-acre parcel of land located in the Horse Heaven Hills region, which he purchased for close to $171 million.

Bill Gates’ land ownership schemes are managed both directly and indirectly by Cascade Investment, a firm that he created to enable him to manages his fortunes effectively.

How did the news of his land ownership spread?

A major hint of Bill Gate’s large farm holdings came to public knowledge back in 2014, through the 2014 Wall Street Journal profile of the popular money manager, Michael Larson.

Michael Larson is the Chief Investment Officer at Cascade Investment. In the journal profile, he stated that Cascade owns not less than 100,000 acres of land distributed across the following states:

Some land parcels are, according to Michael, 7 times bigger than the popular Manhattan.

Where are the top investors in the agriculture sector investing their money in this decade?  (Not where most think)

Cascade Investment LLC is a holding and investments company that has its headquarters in Kirkland, USA.  This company is controlled by Bill Gates and managed by Michael Larson.

A significant number of people do not know that more than half of Bill Gates’ fortune is linked to assets outside his Microsoft shares.

Cascade took over from Dominion Income Management, which was the investment vehicle that Bill Gates relied upon to manage his holdings. Dominion was managed by Andrew Evans.

Cascade has a wide variety of investments, including: 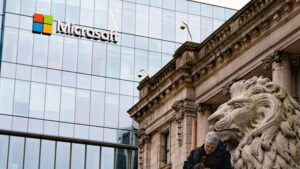 Why does Bill Gates have so much farmland? 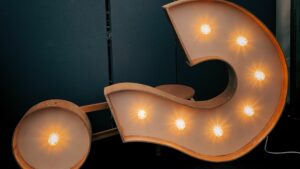 It’s still not clearly known why Bill Gates has such a vested interest in farmland. Its also still hard to determine how exactly he is using or planning to use his farmland. Efforts to reach Cascade to get answers to such questions have proven futile so far. The only thing that’s well known by now is that Cascade is quite supportive of sustainable farming.

Bill Gates has also focused on Agriculture as part of his charitable efforts with his wife, Melinda. The Bill & Melinda Gates Foundation has, for instance, made clear its aims to support country-led inclusive agricultural changes in the Sub-Saharan and South Asia regions. The foundation recently donated $300 million towards this course.

All said and done, however, Bill Gates is still not the largest landowner in the USA. He’s still far behind other tycoons, including the world’s richest man (as of January 25, 2020), Jeff Bezos. Jeff Bezos uses a significant portion of his land to develop rockets through his space exploration company, Blue Origin.

What is known about agricultural land usage so far?

Generally, agricultural land is defined as land that is devoted to the practice of agriculture. This involves the systematic and controlled rearing of livestock as well as the production of crops, with the intention of producing food for human beings. This has led to it being referred to using a couple of terms, including:

The United Nations Food and Agriculture Organization as well as other organizations, at times, follow a definition of agricultural land that leans more on it being an art, where it a collection of:

Permanent cropland includes forested plantations that farmers use to harvest crops such as coffee, rubber, and fruit, not the tree farms that are used for wood and timber harvesting. The land used for farming is referred to as cultivatable land.

Farmland has over the years been used in reference to all agricultural land owned by an individual (or a group of individuals), as well as in the sense of “arable land”. Depending on the type of artificial irrigation used, FAO’s “agricultural land” can then be subdivided into two extra categories: irrigated and non-irrigated land.

That’s all for this article on who the biggest owner of farmland in America is. I hope that you are now enlightened about the subject matter and that you can contribute to a discussion pertaining to it. Do not forget to have a look at my recommended resource to begin investing in the agriculture sector so that you can hopefully own your big chunk of land as well.