Bitcoin 401k accounts have been gaining traction in the last decade. This is despite the fact that Bitcoin has had to undergo a lot of criticism from various authorities and investors. 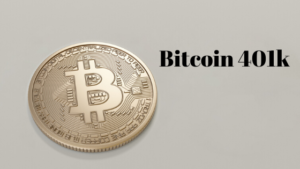 Most people have come up against this cryptocurrency, claiming that it does away with the roles of a centralized authority, which is something that many think would lead to an increase in illegal transactions. That said, however, the creation and launch of Bitcoin back in 2009 led to the rise of other cryptocurrencies. Authorities such as the IRS have therefore had to come up with frameworks that accommodate cryptos into the current day financial systems. They have also tried their hand at the creation of guidelines on how various classes of cryptocurrency users should use them to achieve various objectives.

Regardless of such significant effort being put in by various regulators, some nations have still been reluctant to embrace Bitcoin. With the most recent announcement about the creation of a cryptocurrency known as Libra, Bitcoin’s legitimacy has been cemented. In fact, Bitcoin exists as a niche in the current financial ecosystem.

In this article, we shall be looking at the ways in which you can include Bitcoin into your retirement investment portfolio. This is content that any investor can rely on to start diversifying their portfolio. 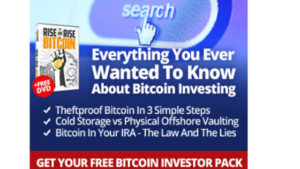 How to Add the Bitcoins to Your IRA?

Under the current regulations, custodians oversee most of the transactions of individual retirement accounts (IRAs). Custodians are in most cases usually banks and broker-dealers who are charged with scrutinizing the transactions of IRA company clients to ensure there is no foul play.

A large number of investors have IRAs that mainly comprise of 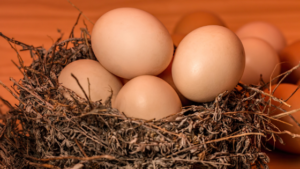 traditional investment assets such as stocks, Certificates of Deposit (CDs), and mutual funds. Examples of these IRAs include:

Investors usually have the opportunity to use a self-directed IRA to invest their non-traditional assets. With such accounts, they have the freedom to rebalance their portfolio, without requesting for the approval of their custodians, which would otherwise lead to significant delays.

Opening a Self-Directed IRA is not a complicated process. You will, in fact, be required to fill in an e-form on any IRA company’s official website only. The staff in that company will then reach out to you and do all the heavy lifting. They may have to ask you a few questions to verify that you are eligible to open a Bitcoin IRA and add the cryptos. If you are eligible, the entire process of adding Bitcoin to your IRA will take anywhere between 2 days and 2 weeks.

Why are investors adding Bitcoin to their IRAs?

As much as traditional investment assets are still dominating the financial markets, the upcoming challenges in the global economy have forced investors to begin looking for other alternatives. The socio-economic and political scene has witnessed the occurrence of very outstanding events such as Brexit and these have led to a significant number of investors flocking around cryptocurrencies and precious metals.

A report released by McKinsey revealed that:

“Global alternative investments across retail and institutional segments doubled in AUM between 2005 and 2011, to $6.5 trillion. This represents a compound annual growth rate of 14% over the period, far outstripping the growth of traditional asset classes.”

This is a clear indication that people are beginning to open up their eyes to the capability of an economic crisis bringing their investment efforts to zero.

Bitcoin happens to be the newest alternative assets that IRA investors are flocking around. It is, however, rising very fast in terms of popularity and acceptance by the public. This is despite all the concerns raised about its volatility, and the ambiguity of its prices in the future. It is worth noting that so far, Bitcoin investments have attracted very massive investments. Bitcoin (unit of currency) has actually been incorporated into many payment gateways.

If you have read about the evolution and acceptance of the internet, you can relate to the skepticism that people have when such products are launched. In its early years, the Internet had a very low acceptance rate. In the current world, it is almost impossible to go a full day without using the internet. Even with all the advancements that the Internet and technology have presented to us, there are still some outstanding downsides that most of us wished would not exist. Does this mean that we should give up using the internet all the same? No!

If we look at Bitcoin, we can see that it offers several advantages that most currencies do not present. It is, for instance, a quick and efficient medium of transaction that also has very low fees. Most banks can admit to the fact that they earn very large amounts of money through charging commissions on various transactions. Bitcoin has come up as a suitable alternative to the regular currencies as we know them, and we can all benefit from low transaction fees. In the Bitcoin Network, for instance, transactions cost 0.04 cents, in comparison to the 0.35 cents incurred for using a credit card.

Bitcoin has also shown great stability during the tough economic times so far, and having it in one’s IRA investment portfolio can come up as a very solid approach to diversification.

It is crucial to have an understanding of how a Bitcoin 401k works before considering investing through it. The best thing is that there is a lot of information about Bitcoin on the internet, thus it is easier for anyone to understand how such investments work. If you would want to get an insight into how other investors’ Bitcoin IRA assets are performing so far, you can request a free Bitcoin Investment Kit from Regal Wallet, as you also schedule a call with a crypto investment expert.

==> Looking for a reliable company to help you with the acquisition and storage of Bitcoin? Get Started Today <==

I hope that you enjoyed this article about Bitcoin 401ks. Feel free to express your thoughts in the comments section, and to also drop a question if you have any.