A Bitcoin IRA is not a completely new concept in the current day world. With better access to information, more investors have tried their hand at Bitcoin IRAs, and have achieved different results so far. It is possible that you are currently thinking about opening a Bitcoin IRA in order to diversify your portfolio of assets, but you have not accessed sufficient information so far. 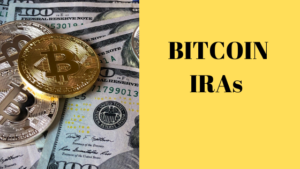 Herein, I will discuss a couple of important things that you need to have a clear understanding about, before reaching out to a company that offers Bitcoin IRA services. They include:

What is a Bitcoin IRA?

A Bitcoin IRA is an individual retirement account that allows you to invest in a variety of cryptos using the funds that you have placed in your regular 401 (k) account. It operates in the same manner that self-directed IRAs work. It is a common practice for investors to rely on the other types of IRAs (Traditional, Roth, SERP, and SIMPLE IRA) to invest in traditional assets, and to open a separate Bitcoin IRA to handle their cryptocurrency investments. One can also decide to have the traditional assets included in their Bitcoin IRA, so long as the IRA service provider supports such investments.

One thing that I should bring to your attention early enough is the fact that despite going by the name ” Bitcoin IRA”, these IRAs do not only support Bitcoin. They, in fact, support other cryptos such as Bitcoin Cash, Litecoin, Ethereum, Ripple. The most recent versions of Bitcoin IRAs also support next-generation cryptocurrencies.

All transactions in a Bitcoin IRA are usually overseen by a custodian. An IRS-appointed custodian manages the self-directed IRAs, which are popularly known as SDIRAs. The level of authority that the custodian has over any type of IRA varies, but it is quite clear that they do not influence the decisions an investor makes in any SDIRA. With a Bitcoin Self Directed IRA, for instance, an investor can rebalance their portfolio in any way that they want to, provided that it is all allowed by the IRS.

The Nature of Bitcoin IRAs

One major characteristic of cryptos is that their prices are very erratic. Despite being erratic, however, the value of the cryptos has been discovered to increase over the long term horizons. In 2009, for instance, the price of Bitcoin was quite negligible. A significant number of people actually just brushed it off due to this reason. Despite the very sharp increases and decreases in the value of Bitcoin, it has managed to remain profitable for more than 90% of the time it has been in existence. Most traditional assets, such as stocks and bonds, do not have such an exemplary performance. 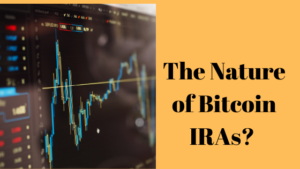 A large number of people have been tricked into simply looking at the short-term changes in the prices of these cryptocurrencies. With a Bitcoin IRA, you forget about the short term ups and downs and you focus on the long term gains. If you hodl  ( the crypto term for buying and holding bitcoin and other digital currencies) the Bitcoins for about five years, the growth your crypto assets will have had will probably be the highest you have realized from all your assets in a long time.

Bitcoin IRAs are also likely to attract higher custodial fees. This is largely due to the erratic nature of the crypto assets. Simply put, Bitcoin IRAs are high risk, high reward investment vehicles, thus attract more fees than the low risk, low reward assets. It only makes perfect sense for the managers of your Bitcoin IRAs to charge higher fees. With a reliable company such as Regal Assets, however, an investor can get a Bitcoin IRA through the Regal Wallet platform, which charges some of the lowest fees in the industry.

This depends on the company you are relying on. 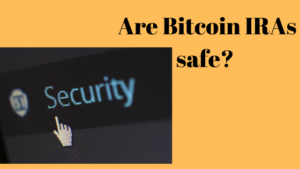 Since there are many companies that have already entered this cryptocurrency IRA space, it is only right to check which one will guarantee the safety of your digital assets. If you are looking for a platform that offers top-level security for the Bitcoin that you purchase, then you can work with Regal Wallet. In this platform, your cryptos as stored in what is known as a cold storage facility. Your cryptos are usually secured from hackers, loss arising from the damage of your computers, and from physical theft.

A Bitcoin IRA operates in the same manner that a common self-directed IRA does. The only difference is that you can include cryptos in your investment portfolio. It is possible to earn an impressive amount of investment income through a Bitcoin IRA, and all you have to do is to rely on a trustworthy and efficient company such as Regal Assets.

I hope that you enjoyed this article about what you need to know about a Bitcoin IRA and that you will now make a more informed decision. Feel free to express your thoughts in the comments section, and to also drop a question if you have any.