It is highly likely. 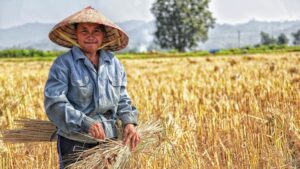 Research and trends have proven that agricultural trade has a habit of shutting down whenever we are going through economically distressing times.  Nations are particularly quite sensitive when it comes to the price changes of staple foods including rice and wheat. The price change of such foods tends to affect the lifestyle of the poor people in the developing Nations, owing to the fixed and little income.

In the fight such as the one against the pandemic, any government’s efforts to ensure that the population is contained and at ease, could eventually be undermined. Not forgetting that such a great number of people have been forced to quit work while still being expected to feed themselves. Exposing them to rising food prices would simply be like mocking the current situation they are in. Unfortunately, this is exactly where the government’s reaction to the pandemic has placed the citizens of the developing nations.

Get started on this series to get firsthand information from experts in the field of agricultural investing.

Unlike in the past crisis that we have experienced, where are food crisis combined with the health crisis has an impact on people’s minds, the main effect this time around maybe the permanent reversal of the currently existing globalization trend of the agricultural sector. We will start seeing the reintroduction of non-tariff barriers in the form of quantitative restrictions, such as quotas. This is likely to lead to adverse effects like higher food prices in the case of importation, cases of less consumption diversity, as well as the general food and nutrition insecurity in the underdeveloped and developing nations.

In case you did not know, nations that have been heavily sanctioned usually undergo very serious food crisis resulting from the very high prices associated with the importation of products that are not manufactured or produced locally. At times these products may not even be available. All the products that are made locally have been to be quite expensive, and actually ridiculously unaffordable for those who are living well below their means.

Some government’s reactions to Corona may have created a situation in which the other governments may have thought about the essence of producing their own foodstuffs. Lockdowns lasting for more than six months can generally have very adverse effects on the food security of any country, as the pandemic period has made it apparent to everyone.  I hope you can clearly see how the government’s reaction to COVID-19, we have just started a trend of deglobalization in the agricultural sector.

==> Can you remain afloat even as other people suffer the consequences of the oncoming food crisis? Find out in this series!<==

Not forgetting that the agricultural sector is currently facing climate change.  Note that I am not referring to global warming, but simply a change in climate as has been the case over the billion years since the formation of the Earth, and as will be the case in the future years to come.

Climate Change and its role 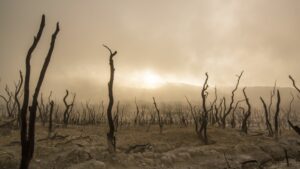 Have you heard of solar cycles so far?  according to NASA, solar Cycles can be defined as follows:

Our Sun is a huge ball of electrically-charged hot gas. This charged gas moves, generating a powerful magnetic field. The Sun’s magnetic field goes through a cycle, called the solar cycle.

NASA has a lot of information on this topic, which I think you would find rather interesting to read about in detail. In a podcast presented by Shawn Hackett, the decade we are in currently is a long cooling cycle. The main impact of a cooling climate is that it tends to reduce the production of horticultural and agricultural products. This generally tends to lead to an increase in the prices of such products along with the prices of other farm inputs such as fertilizers, in a bid to ensure that productivity is maintained at an optimum level.

Mini scientific estimates have pointed to long-term trends in the solar cycles having an impact on the global climate. In fact, computer models have so far suggested that the consistent increase or decrease of the irradiance of the sun for several decades will impact on the state of the temperature on the earth. As much as the magnitude of those changes will be quite small, the evidence presented for solar cycles and their effects regions such as the North Atlantic revealed that the effects of the changes could be significant.

Even without going into the scientific ways of how the solar cycles work, and how the production of horticultural and agricultural goods is affected, I think we can have a more in-depth look into how the state of affairs will affect the Investment decisions in the future. If you are interested in knowing more about this, then jump right into the four-part agricultural series recommended below.

The Four-Part Agricultural Series With More Facts and Data – Learn What The Forward Is Anyway.

I hope that you have gained a couple of insights from the small article today and that it will point you in the direction of seeking knowledge on what to do with the looming food crisis.  the article is only a reflection of the type of data and facts that you will be exposed to by going through the four-part agricultural series that I have recommended above.  You can tell that this sector is up against the forces triggered not only by the government but also by changes in climate.  To that effect, it would be a good thing if you did not just walk through the new decade blindly, and without the knowledge of how things are expected to turn out.  are the best thing about this series is that it does not only show you where the problem is, it also shows you how you can profit from it.

That will be all today for my short presentation about the government reaction to Corona and how it may have triggered deglobalization in the agriculture sector. let me know if you have any questions or thoughts about this topic so that we can sharpen each other more.