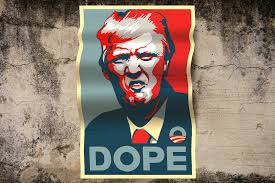 New President-elect Donald Trump (Investments) and his enthusiastic team have promised over a trillion dollars worth of direct government spending on the aging and failing national infrastructure of the United States over the next ten years. They must have discovered a new gold mine or super oil field somewhere in order to pay for this incredible spending spree bonanza, right?

Actually, the correct answer is more troubling. President Trump the dealmaker’s dealmaker will simply borrow the trillion dollars in cold hard cash and add it to the already $19.9 trillion in debt we can never hope to repay. That is up from October’s level of $19.6 trillion by the way.

Don’t we need the infrastructure projects desperately in this country where tiny city-state Singapore’s airport, seaport, hospitals, and roads all embarrass ours? Is it such a bad thing to finance much-needed repairs and improvements to the national infrastructure levels with debt the government can float at astonishingly and laughably low-interest rates?

Unfortunately, the answer to both questions is yes.

Yes, the country direly needs to build up aging water pipes, electrical grids, deteriorating roads, telecommunications, bridges, hospitals, and so forth. And yes, adding another five percent or more on to the nearly $20 trillion in debt is a bad idea even at these low interest rates, simply because they will not be forever fixed at today’s lower rates.

Consider the recent trends. The government’s Federal Reserve just raised its own benchmark interest rates by a one-quarter point this past week. A quarter-point may sound like chump change to you and me, but that is absolutely not the case when the principal amount is $20 trillion so far. A mere quarter percentage point interest increase amounts to an extra $50 billion annually in interest payments alone!

What if prevailing interest rates on the federal debt principal were up several whole points instead? Look at real interest rates since July. Midsummer, the 10 year Treasury note yields were 1.32%. This past week, they had doubled that amount to reach 2.63%. This means that interest payments are set to rise over time by an eye-watering $200 billion.

This is only the beginning, too. The interest rate that the Feds are having to pay now on the principal is still unbelievably cheap according to historical norms. The rates could literally rise far higher and still not really be high historically. Five percent is nearer the longer term normal interest rates in the U.S. Yet as sure as the sun will rise tomorrow, real 5% interest rates would almost immediately bankrupt the federal government.

At that point, the interest on the debt would be approaching the whole annual tax base for the entire nation at a staggering $1 trillion in interest-only payments. This would not be repaying any of the mountains of debt that we have hopelessly piled up, mostly under the consecutive presidencies of George W. Bush and Barrack Obama. Now the dealmaker President Trump will have his chance to see how high he can finance the debt and still keep pawning it off on foreign governments like the Chinese (who hate us).

Is Your Portfolio Prepared to Be “Trumped” by Rising Interest Rates?

Today the government is borrowing money to pay the interest on the money they borrowed in past decades. This is nothing new. It has simply grown 400% worse in the last 16 years under an equal time with Republican and Democrat presidents at the fiscal helm.

Gold and silver have generally outperformed other investment classes and categories in times of fiscal crisis and debt bubble explosions. These are the ONLY physical assets (that are also portable and spendable in every country on earth) which can protect your portfolio from an exploding interest rate yield curve and the ensuing financial chaos this will undoubtedly create. This makes them an unparalleled hedge to diversify and safeguard your retirement portfolio.

Hope you liked this Donal Trump investments post and please as always, feel free to leave any comments or questions below and I would be more than happy. Also, make sure to share this by using the share buttons below (Facebook, Twitter, etc)