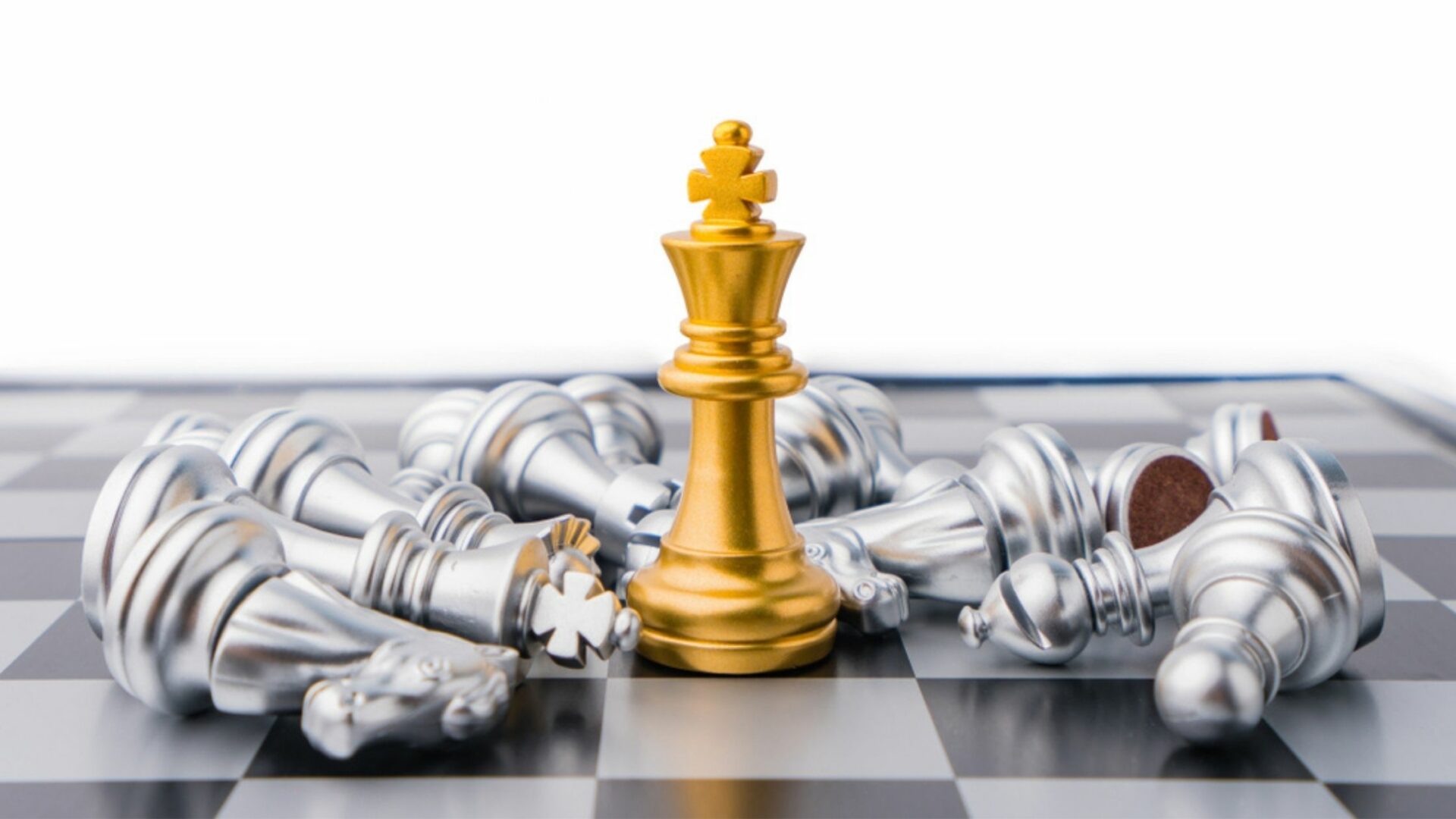 Is it a good idea to own gold in war times? You bet it is! In this article we are going through why as we naturally touch the current situation between Ukraine and Russia and the possible scenarios playing out from this. This article is hopefully going to be both informative and interesting for you!

The benefits of having gold in times of war

Vladimir Putin’s decision for Russia to invade Ukraine meant a huge blow to the investment market. Oil, stock, crypto, and any other type of investment are seeing sharp changes in their prices; this is what we call price volatility. 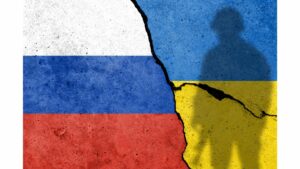 The armed conflicts and sanctions imposed on Russia and the possibility of nuclear fallout are creating a lot of uncertainties in the markets. Many investors and fund managers are moving and relocating their funds from what seems to be risky investments to those deemed as reliable investments. They are quickly turning to the safe haven options and these are investments that do well in times of crisis and when there is increased fear in the market. Gold is regarded as the best when it comes to safe-haven options. 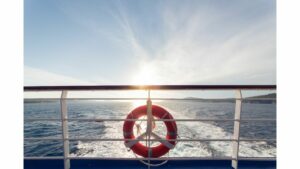 Why is gold a safe haven investment in times of war? 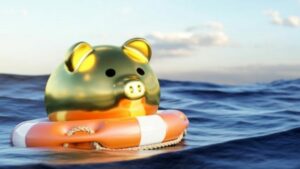 Gold passed $1900 an ounce for the first time in almost ten months since Russia invaded Ukraine while bonds and stocks struggled and bitcoin fluctuated. Investors are now buying gold as a safe haven and it is predicted that its price will surpass $2000 per ounce if this conflict between Russia and Ukraine continues. 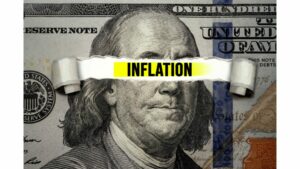 This Russia-Ukraine invasion creates inflation risks to the broader economy due to the high energy prices which will reinforce the conviction in higher gold prices soon.

Gold prices started raising amidst concern over U.S inflation because this precious metal is occasionally used as insurance against rising prices. U.S. retail and consumer prices soared up to 7.5% in the 12 months since the beginning of January 2021, which is an almost 40-year high. You can read more about gold investment in inflation times further down on this page.

The Russia-Ukraine war contributes to the surge in price and demand but it is NOT THE ultimate driver of gold’s price.

The Russia-Ukraine crisis will end, hopefully, sooner than later. This could make people think that when it does, gold will drop.

But the price of gold would be increasing with or without the Russian invasion.

Look at the influx of US dollar supply and look at that sharp curve up. 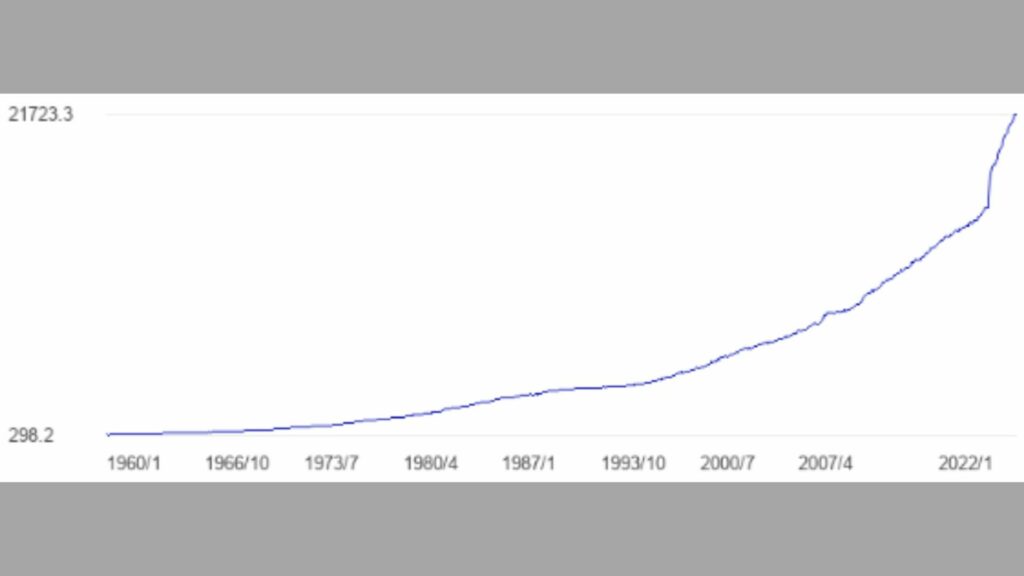 That is fresh cash that was printed out of thin air. Every dollar does not amount to anything. Its value is so low that we just hit a 40-year high in inflation rate. And they even manipulated the way they compute their inflation just keep it low!

Gold is the an asset that is valuable in and of itself. It has an intrinsic value because of the demand.

No, gold isn’t just used for coins. Different industries need it and THERE IS NO REPLACEMENT FOR IT.

It is used to cure cancer, to help produce air in Mars, in gadgets like computers and mobile phones, in data servers, in cars, and others.

Gold is rare. All the gold ever mined in the world will only fit in a 2 and a half Olympic size swimming pool.

This inflation could worsen due to the explosion of oil prices if you consider that Russia is one of the largest producers of oil in the world. Recently, the U.S. benchmark crude price has risen 7-year high trading at around $103.95 a barrel, up 8.6%

But according to experts, the value of gold will continue to rise in price if the volatility occurring due to the Russia-Ukraine war accelerates. From here onwards, the path for gold prices is very clear, “Rising.” 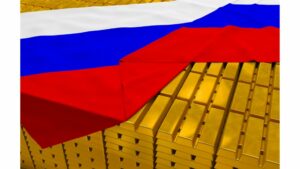 Russia’s central bank, evidently, is the world’s second-largest gold holding, which has accumulated to about, $140 billion accounting for 23% of its total reserves. Experts say that Russia could sell some of its gold to hold up the rumble after its currency suffered a huge blow and a record low due to the sanctions imposed. Although Russia might, for some good reason, not start selling their gold, if they are pushed hard and into a tight corner, they might opt to sell gold to bail themselves out. 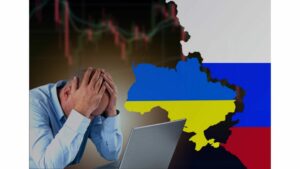 If this war escalates or gets extended, we will see more money printing to fund all the military actions, higher energy prices, as the supplies from Russia- who are the major exporters get hit with economic sanctions as NATO tries to fight back and defend Ukraine.

All these means will only fan the already high inflation which will slow economic growth and increase market volatility, risking aversion. However, this environment will automatically be supportive of the gold prices, but will eventually go down with the Federal’s tightening cycle to curb inflation and keep gold prices in check.

Impacts of other wars on gold 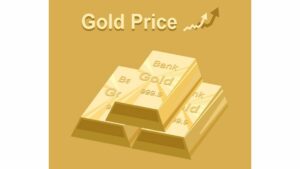 During the first gulf war when Iraq attacked or rather invaded Kuwait in 1990, gold prices rose again. Later gold resumed the normal prices when the war was over. After September 2001 attack on the United States, the price of gold surged. This trend was again followed by the US invasion of Iraq two years later.

Even when there were rumors in 2014 that the United States could intervene in Syria, again the prices of gold reacted strongly.

Benefits of Investing in Gold in times of war

Is Gold The Asset to Own During War?

If you are looking for a safe haven during these difficult times when inflation is high, gold is your best bet. Its depth of historical significance has portrayed it as an amazing asset when you have war. 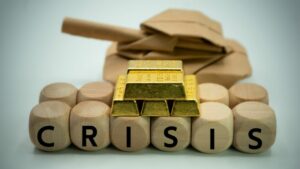 Bitcoin seems like a good emerging trend, but it might be wise if you stick with gold, atleast with a bigger part of your investment portfolio. Bitcoin regulations are not well established same to their worth. This invasion has caused about half a billion dollars losses in the cryptocurrency market thus is not completely reliable. Eventhough it might not be a bad idea to include Bitcoin, and other cryptocurrencies in your retirement portolio.

The future´s bright – the future is golden… yes – really…

The United States is in big trouble financially. Incredibly, in 2013 – for the first time – US liabilities exceed household wealth. The amount of national debt is now over $28,900,456,402,658 – almost 30 trillion dollars – and rising daily. 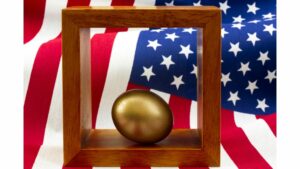 If you stacked this amount of currency up, in a column of Benjamins, it would reach beyond the moon!

How did we get here? Well, each war fought since 1914 has been contested using money printed by the Fed. There have been a lot of them. Every bullet, bomb, cruise missile, fighter jet and aircraft carrier costs – lots. As technology increases – so does the complexity – and expense of war. In addition – the soldiers, sailors and airmen need paying – and It doesn’t stop there …

The US trade deficit has risen to over $68 trillion since the US abandoned the gold standard in 1971 – until then the value of the money was backed by the validity of gold. After this, the Fed has just printed more and more currency to pay our debtors – principally, China. The trade deficit is the highest it has been for 14 years according to the U.S. Census Bureau and the U.S. Bureau of Economic Analysis

The previous major banking mortgage-backed securities and derivatives fiasco – resulting in the 2008 disaster – is still being paid for – and will be for years to come.

The US government’s commitment to its Social Security Medicare and Medicaid programs are unsustainable in the long-term. With fewer workers paying taxes because of automation, computerization, and a lower birth rate – in addition to more and more retirees claiming their “benefits” – the numbers simply don’t add up anymore. 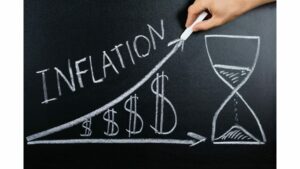 What will the government do? What it always does – print more money! So every dollar in your pocket becomes worth less and less – and buys less and less. This is inflation at work …

The only way you, as a small investor, can protect yourself and your family is by putting a chunk of your savings into silver or gold – preferably both – to diversify your investments.

Im not here to scare you – but to expose this unsustainable situation – which we all face – explain why you need to take action – and then help you to take it. 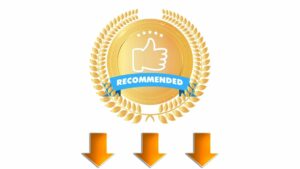 Top-5 List of Gold & Silver IRA Dealers in the U.S.

I hope you found this short article about gold and war to be helpful and that you now know that it might be a good idea for you to move in on gold! Please share your own experience in the comment section below as it can help others. As always, if you got any questions about this I would be more than happy to answer them below!

I wish you the best and much success!