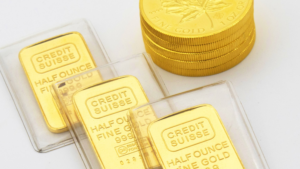 Anyone can get started with gold investments by purchasing stocks in gold mining and related firms, through exchange-traded funds, or even purchasing physical gold products. different investors rely on different methods, based on different reasons. There are people who still argue that gold investments are outdated, with the notion that gold is a relic that does not hold the monetary qualities it had in the past. In the present-day economic environment, paper currency has come to be accepted as the money of choice. They, therefore, believe that gold’s only benefit is in the fact that can be used in the making of jewelry. We also have other investors who strongly believe that gold has intrinsic qualities that make it worth holding in their portfolios.

In order to have an understanding of the purpose of gold, it’s good to take a look at how the gold market came to being. While the history of gold commenced in 2000BC when the ancient Egyptians began crafting jewelry, it wasn’t until 560 B.C. that this precious metal began being used as a currency. At this time, traders wanted to establish a standardized way of transferring money, and one that would make trading simpler. The creation of gold coins stamped with seals seemed to be a viable solution since gold jewelry was already widely accepted in different corners of the world.

After the advent of gold as money, its importance continued to increase all over Europe and in the UK, with unique relics collected from Greek and Roman empires being displayed in different museums across the world. Great Britain went ahead to develop its metal-based currency in 775. The British pound (which symbolized a pound of sterling silver), pence, as well as shillings, were all based on the amount of gold that they represented. Eventually, gold ended becoming a symbol of wealth in Europe, Asia, Africa, as well as Americas.

The United States Government continued to uphold the gold tradition by creating a bimetallic standard in 1972. The bimetallic standard stated that monetary units in the United States have to be backed by precious metals, in this case, gold or silver. For instance, one U.S. dollar could be equated to 24.75 grains of gold. Simply put, coins that were used as money represented gold that was currently deposited in banks.

This gold standard did not last for long. In the 1900s, there were a couple of major events that led to gold leaving the monetary system. In 1913, for instance, the Federal Reserve came into existence, and it started issuing out promissory notes that people could later redeem in gold, on a need-to basis. The promissory notes can be viewed as what we currently refer to as paper money.

The Gold Reserve Act of 1934 gave the United States Government title to every single gold coin in circulation, and it halted the minting of new gold coins. Simply put, this act started establishing the notion that gold and gold coins weren’t necessary for serving their role as money. The gold standard was abandoned by the USA in 1971 when its currency stopped being backed by gold.

Gold in the modern economy

As much as gold no longer backs the present-day U.S. dollar (and other worldwide currencies), it still has some importance in society. It still plays a significant role in the global economy. To expound on this point, there’s no need to look further than the balance sheets of various central banks as well as major financial institutions, like the International Monetary Fund. Currently, these organizations hold close to 1/5 of the global supply of all the above-ground gold. In addition to that, a significant number of central banks have been adding gold to their reserves, which should tell you something about the concerns held about the long-term global economy.

The main reason for gold being viewed as important in the present-day economy revolves around the fact that it has been used to successfully preserve wealth for thousands of generations. We can’t say the same about paper-dominated currencies. Here is an example that will help you get this better:

In the early 1970s, the value of one ounce of gold was equivalent to $35. At this point in time, let’s say you had the choice of purchasing and holding a single ounce of gold or keeping the $35. The two, i.e. gold and money, would buy things, say some luxurious clothes, or a good-looking bicycle. However, if you still had that one ounce of gold and converted it for today’s prices, you’d have enough money to purchase the luxurious clothes, but this wouldn’t be possible if you held the $35. This indicates that you’d have lost a significant amount of wealth if you decided that you’d hold on to the $35, as opposed to that ounce of gold since the value of gold has increased, while that of the dollar has been affected negatively by inflation.

**See my #1 recommended gold IRA solution on this page

Gold As The Hedge Against The Dollar

The notion that gold is used to preserve wealth is more important in the global economic environment, in which investors are currently faced with the decline of the U.S. dollar and the increase in inflation. Historically, gold has served as a hedge against these two scenarios. With increased inflation, the value of gold typically increases. Whenever investors realize that the money they’re holding is losing value, they start investing in hard assets that have historically maintained their value. The 1970s are a good example of an increase in the prices of gold in the midst of the rise in inflation.

The main reason behind gold benefitting from the decline in the U.S. dollar is due to the fact that gold is priced in U.S.D all over the world. there are two main reasons behind the existence of this relationship. the first one is that investors who intend to purchase gold (central banks) need to sell the U.S. dollars they are holding for this transaction to happen. This eventually drives the U.S. Dollar lower as investors look for ways to diversify out of the USD. Secondly, a weakening dollar makes gold more affordable for investors who are holding other currencies. This leads to greater demand from investors who currently hold other currencies that have appreciated in comparison to the USD.

Gold As The Safe Haven During Political Upheavals

Tension in war-torn nations has made it quite obvious that political and economic uncertainty are a reality that can’t be avoided in the present-day economic environment. Investors, therefore, view gold as a safe haven during times in which there is such uncertainty. Throughout history, there are examples of collapsing empires, attempted and successful coups as well as collapsing economies. During these times, investors who held gold managed to successfully protect their wealth. They, in other cases, also managed to use the same commodities to create an escape from all the turmoil.  Consequently, whenever investors in the present day world pick up hints about global economic crises, they often purchase gold as their safe haven.

Gold as a Diversifying Investment In Investors’ portfolios

Generally, gold is perceived as a diversifying investment. Investors have historically used gold as a diversifying component to their portfolio, regardless of whether they are worried about inflation, the decline in the U.S. dollar, or protecting their wealth. As an investor whose main focus is diversification, then you’ll be glad to know that gold is not correlated to paper assets and real estate.

Gold in its capacity as a dividend-paying asset

Investors who’re primarily focused on growth rather than getting steady income can benefit from picking gold stocks that demonstrate historically impressive dividend performance. Stocks that pay dividends generally have higher gains when the gold sector is rising. They perform, on average, twice as well as the non-dividend-paying stocks when the whole sector is experiencing a downturn.

N.B: The value of gold stocks is tied to the performance of the mining or exploration companies. You, should as such brace yourself for the possibility that any company can go out of business due to factors such as major mining accidents.

The different ways of owning gold

The main difference between investing in gold today, and owning gold many years ago is that there are more investment options in the present-day world, including:

Is it a Good time to seek gold investments?

If we take a look at gold investments from November 2002 to October 2012, we can see that its total price appreciated by more than 441.5%. It significantly outperformed the S&P 500 over the same period, which appreciated by 58%. Generally, gold like any other investment has its ups and downs, but it generally performs better than many other assets over the long-term horizon. You can therefore invest a portion of your money into gold (about 10% is the recommended amount), and wait for the long-term results.

There are pros and cons to holding gold investments. You can pick the method that suits your current financial objectives and wait to see how things play out. I am more of a long-term investor, myself, so when it comes to gold investments, I choose to go with physical gold. Do you want to learn how long-term investors purchase and invest in precious metals for long-term horizons? Let me know in the comments section.