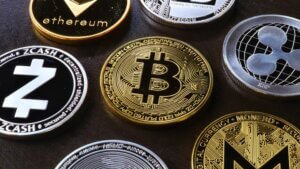 How can I buy bitcoin with an IRA? Is it allowed by the law or will I get into trouble with the IRS? Are there any unique benefits to investing in Bitcoin through an IRA? Join me in today’s article in which we shall take a look at what it takes to begin in cryptocurrencies through an Individual Retirement Account. If this sounds interesting to you, read on till the end to find out more.

In its one decade of existence, Bitcoin has been subject to a lot of skepticism, more so since its inception challenged the idea of having a centralized authority. It birthed many more cryptocurrencies, which have gradually come to be accepted as viable currencies. Regulators from all over the world have been striving towards the establishment of clear guidelines to ensure that Bitcoin and other cryptocurrencies are all used for the right reasons.

That said, the response towards Bitcoin has been mixed. There are those countries that banned it outright, while others welcomed it with open arms, with several others remaining indifferent. With time, however, Bitcoin has come to earn its legitimacy in some of the superpowers in the world and has even gone on to create a niche for itself in the global financial ecosystem.

Why should I consider adding Bitcoin to my IRA?

As much as traditional investment vehicles have long continued to dominate the financial markets, the tough economic climate has forced investors to turn to other alternatives. As we saw in the recent past, there were fears of the slowdown of the Chinese economy, as well as major events such as Brexit, which led to investors flocking around alternative assets such as Bitcoin and precious metals such as gold.

Bitcoin is one of the newest entrants to the alternative investments list, but it has managed to outrank many of the previously preferred alternative assets. Its popularity, as well as that of other cryptocurrencies, has risen very fast. Bitcoin is actually becoming more of a mainstream currency. Interestingly, despite the many questions about its volatility, Bitcoin has still managed to attract huge investments and has come to be endorsed by popular celebrities as a reliable payment option.

There is a popular belief around the world that Bitcoin is similar to how the internet was like in the initial years. There were those who saw the potential of the internet taking its place in the entire world as a must-use for everyone, but there are those who only saw its dark side. The truth is that most technology has its upsides and downsides, and it is up to us to decide how to use what we have at our disposal.

The thing about Bitcoin is that it presents buyers and sellers with a quick, cheap, and efficient medium for transactions. This has made it a viable solution in areas in which there are inadequate banking facilities. It has also become a favorite option for speculators who are out to gain from price patterns, as they also make payments and money transfers.

Beyond that, Bitcoin has shown great power during financial chaos and is being used as a suitable diversification instrument. However, the price volatility of this cryptocurrency has scared many people away from attempting to invest in it. In the present times, however, Bitcoin can be added to an investor’s retirement portfolio, hence enabling them to circumvent the short-term volatility, as they enjoy the diversification benefits.

How to buy Bitcoin for retirement?

Outside of the traditional assets, however, there are numerous diversification opportunities that can be tapped into through buying and holding assets such as:

To benefit from any of the above-listed assets, investors can open self-directed IRAs through specific custodians and trustees.

Upon opening the account, you can then fund it through an IRA rollover or through a direct transfer of funds from your bank. You finally have to complete the Bitcoin allocation order that outlines how much money will be used to purchase your preferred cryptocurrencies.

Most of the regulations that are followed by self-directed IRAs are similar to those followed by other types of IRAs. This means that you cannot access the funds in your account until you have hit 59.5 years- you will otherwise get hit with a penalty for early withdrawal. There are several Bitcoin IRA companies that can help you understand the rules surrounding Bitcoin IRA investments.

The thing about investing in Bitcoin through a self-directed IRA is that it places the power to create money in your hands. By having a small portion of your retirement funds allocated to Bitcoin, you can rest assured that you are doing your entire portfolio justice, by ensuring that it is well-diversified.

Get started with Cryptocurrency investments today – open a Bitcoin IRA through one of the following companies:

That will be all for this article on how you can buy bitcoin with an IRA. I hope that you found it helpful and that you can now decide on whether to invest in cryptos and how to get started. If you still have any questions about how you can get started with investing in Bitcoin through an IRA, drop them in the comments section and I will get back to you ASAP.