Today we shall be looking at the importance of agriculture economy in the way it contributes towards the success of nations’ economic development. There is sufficient information from various sources to prove that agriculture has been playing a very strategic role in the economic progress of nations at different levels of development. 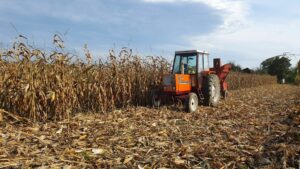 Investment Experts Have Spoken- Here Is How You Can Profit From The Agriculture Sector!

History has it that agricultural revolutions usually precede industrial revolutions, as can be seen with England. The same can be said of the USA and Japan, where agriculture played a very vital role in the industrialization process. In the same manner, under-developed nations that are trying to get past the struggle of enhancing economic sustainability have learned that most of their limitations arise from trying to put a lot of emphasis on industrialization as the means to attaining a higher per capita income. It is safe to say that agricultural and industrial development are not exclusive and lone-standing, hence they should be viewed as being complementary and being mutually supporting. This is with respect to the inputs and outputs involved with both.

Increased agricultural output and productivity have been realized to fuel economic development in most nations, which is why it makes a lot of sense to emphasize the intentional development of the agricultural sector. Here are some of the ways through which agriculture contributes to the state of a nation’s economy:

History has so far revealed to us that agricultural prosperity played a significant role in economic advancement. It has been observed that the leading nations, in terms of industrialization, were once mainly agriculture-oriented. Some of the most outstanding developing economies have established their dominance in the agriculture sector. In such nations, agriculture contributes significantly to the national income.

Agriculture is the main source of food for all nations in the world, regardless of their level of development- underdeveloped, developing, and developed nations alike. The demand for food is on a sharp rise, as a result of the pressure by the fast-rising populations in the underdeveloped and developing nations. If the agriculture sector does not meet the demands of certain food products, then the economic growth rate is usually affected negatively.

The increment in the supply of food by the agricultural sector therefore plays a great role in the economic growth of any nation.

The advancement of the agriculture industry is essential for the improvement of the supply of raw materials to various agro-based companies in all corners of the world. Whenever there is a shortage of the production of the raw materials, then is usually an increase in the price levels of the finished products. This negatively impacts the economic growth of the country’s economy. Some of the industries that look up to the agricultural sector in this case are: 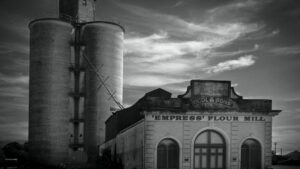 The progress realized in the agricultural sector plays a very essential role in the increase in the exports of agricultural products. In the earlier stages of a country’s development, the increase in export income is desired, since the greater strain resulting from the foreign exchange situation at the time of importing essential capital goods needs to be offset.

The expansion of the agricultural production units is a rational economic development policy, even when the demand situation is not that very favorable.

Is there enough food for us all? What can we expect with the food situation in this decade?

There is a need for roads, storage facilities, railway systems, electric grids, and ports to be developed for the entire agricultural supply chain to run smoothly. When the export of the agricultural products is in question, then the level of developments that are needed, and that come is even higher. 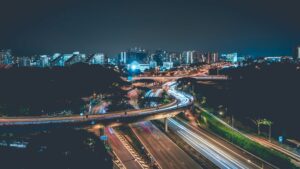 In most developing and underdeveloped nations, there is often a very significant gap between the level of development in the rural areas and in the urban areas. To reduce inequality, it is essential for agriculture to be prioritized. The prosperity of the agricultural sector raises the income of most people in rural areas, which then goes a long way into the reduction of the existing disparities.

It has been realized that the development of the agricultural sector has led to the minimization of the burden that most developed nations have faced when there was a lack of sufficient foreign capital. We all know that whenever foreign capital is offered with strings attached to it, then other problems result. The agriculture sector needs significantly less capital in comparison to other sectors, hence reinforcing its existence goes a long way into the minimization of the growth problems that result from foreign capital.

Whenever a country is facing economic depression, industrial production can be halted or reduced significantly. Agricultural production, on the other hand, usually continues, since it is needed to ensure that people access food, which is a basic necessity of life. Agriculture, therefore, continues to create effective demand, even during the times in which there are adverse conditions in the economy.

Whenever the development of the agricultural sector is deteriorating, it in most cases results in discontentment amongst citizens. This is something that is never smooth for the governments in power. For economic development to remain constant or to be increased, there is a need for the minimization of any political tension. The prosperity realized in the agriculture sector is bound to help kindle people’s hopes of prosperity. This, essentially means that the agriculture sector also plays a very significant role in the political and social role.

How is the Agriculture Sector Performing Currently and How Is It Expected To Hold Up In The Future? ( Word From The Experts!)

That will be all for this article about the importance of agriculture in the national economy. Found it helpful? Share your thoughts with me in the comments section. Do not also forget to have a look at the 4 part agriculture series to get a more in-depth view of the state of the global agriculture sector. You will find it particularly useful if you are a farmer or investor.