Ok, this short article or guide more correct will be about “Investing in Gold for Dummies” so to speak. You will be provided with resources so you can be confident moving forward. 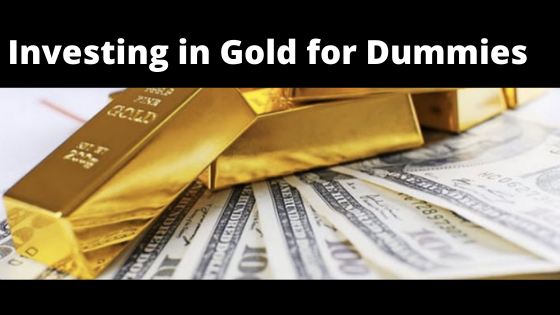 One of the most recent assertions made by Billionaire Ray Dalio is that there is an increased need for people to consider investing in gold.

He believes that this is a move that investors should promptly take, owing to the ever-falling interest rates and the devaluation of currencies resulting from excessive paper money being printed by central banks. 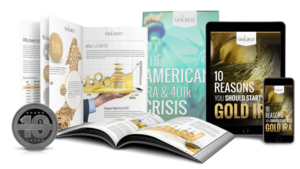 Ray Dalio shared this information in a LinkedIn post which was focused on shedding light on the monetary policy and all related markets over the past 50 years. The Bridgewater Associates’ founder observed that investors have over-invested in paper and equity-like assets such as stocks, and this is likely to result in them experiencing diminishing returns.

Dalio observed that the major changes in the geopolitical, as well as the macroeconomic arena, bear the potential to kickstart a “paradigm shift” in the economy. The effects of the World Wars and the Great Depression are very perfect examples of the extent to which investors can suffer if they invest in the wrong assets. According to him, the recently occurred financial crisis was the last “paradigm shift” of its kind, for which he attributed the unsustainable growth rates as being the main causative factor.

The best investments happen to be those whose value appreciates as money depreciates. With such assets, the role of domestic and international conflicts is quite significant. Gold happens to be the best example of assets of this kind. Having one or several precious metals in one’s portfolio can help in the reduction of risk and the enhancement of returns. Whenever “paradigm shift” occur, a great number of investors who only have overly popular but risky assets end up getting hurt financially. The prudent investors who understand these shifts are usually in a position to get past them easily and to protect themselves against them.

The same ideas have been retaliated by a couple of renowned hedge-fund managers. One perfect example is Paul Tudor Jones who has committed to having gold as his most favorite investment for the foreseeable future. In his Bloomberg Markets interview, Paul made it clear that gold is the best investment asset. He said that his best bet for a 12 to 24 months period would still be gold.  The prices of gold are always moving steadily but surely. On Thursday for instance, they were up by 0.7% to the $1430 per ounce mark.

It has also been discovered that the arguments that support gold investments also apply to Bitcoin. Travis King, who is a former portfolio manager at Wall Street was quoted saying that the existing inflationary policies can best be described as brazenly bullish for this decentralized and valuable asset. He was referring to the hard-capped supply, non-sovereign and immutable Bitcoin.

Travis meant that BTC and all other cryptos are immune to all forms of third-party inflationary tactics. Also, they are not under the control of any central authority. If by any chance another economic mishap is instigated by any central bank, assets such as gold and cryptos will experience very massive capital injections by investors trying to safeguard their wealth.

There is no better time than now, as far as taking advantage of the very sustained growth that has been realized in the gold market. All indicators have it that the bullish trends will continue, which gives you an excellent opportunity to invest in assets that will keep you secured from any unprecedented economic upheavals.

Take up this opportunity promptly and stand to be counted amongst those who will reap benefits when time is due. 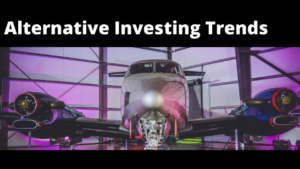 Trends in alternative investments: A glimpse into the new investment era

The past nine years have been characterized by lots of speculation concerning the performance of Bitcoin. As we leap into the New Investment era, we would like to present valuable and efficient educational materials that will clear away any doubt that you might still be holding about Bitcoin. Let us dive into the first part of the series of informative articles.

Bitcoin has established its position as the first rare digital item on a global scope. Its scarcity can be likened to precious metals such as Gold and Silver. The only difference is that Bitcoin can be sent over well-structured communication platforms and frameworks such as the internet. The nature of this digital item makes it possible for us to use statistical models to track its fair value.

So far, the facts and data surrounding the existence of Bitcoin point to there being a very high possibility that the value of this cryptocurrency will rise much higher in the foreseeable future.

In that case, there are some concepts that I would wish that you familiarized yourself with beforehand. The first one is Stock to Flow.

The Stock to Flow is essentially a ratio. It shows how the current inventory compares to the annual production. If you have been in an economics class or worked with investment commodities such as oil, you may have already established the fact that the economic utility of most consumable goods arises from their consumption or destruction.
The utility of assets such as precious metals and cryptocurrencies such as Bitcoin is pegged on the possessing them and thereafter cashing them out.

Stock to Flow in the prediction of Bitcoin prices 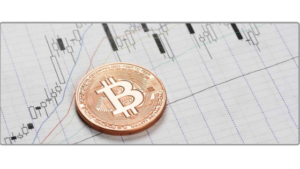 Not forgetting that Bitcoin is the most valuable cryptocurrency in the world, we can also proceed to assert that it has the highest Stock to Flow ratio amongst all investable assets that display increasing scarcity. Scarcity, in this case, points to “situations in which finding or getting something is not easy” or simply “the lack of something”.

There several reasons to which we can attribute the scarcity of Bitcoin to, but the main one is that it is very costly to produce new Bitcoin. The mining of Bitcoin is very complex and requires a large initial and recurring investment.

With that said, we would like to usher you into a new era of investment, in which you will own one of the most valuable assets that have seen the face of this planet. If you have the desire to learn more about Bitcoin, then you can fill out the form provided by Regal Wallet, the BCryptocurrency IRA service provision magnate. This award-winning company will then send a free and no-obligation Bitcoin individual retirement account (IRA) rollover kit that will help you to make your first step into making cryptocurrency investments. 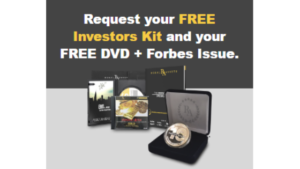 I hope you found this short post about Investing in Gold for Dummies to be helpful and that you now have a better understanding of the subject and also on how to take action moving forward in your endeavors. Please if you got any questions simply ask below in the comment section and I will be more than happy to answer them!