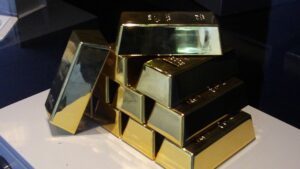 Is it worth investing in gold bullion? In today’s article, we shall answer this one question that has been bugging most investors in their attempt to diversify their retirement portfolio. My hope is that by reading this article, you shall gain sufficient knowledge to enable you to make an informed decision as to whether to get started with investing in gold bullion or to stay away from any type of precious metal investment. Read on more to discover what you are missing out on, or what you have managed to steer clear from by avoiding gold investments all those years.

Introduction to investing in gold- Reasons for and against

Investors can gain exposure to gold by purchasing different forms of gold including gold ETFs, gold mining stocks, physical gold (bullion), and gold futures. All those who pick on the various forms of gold have their reasons for doing so.

Some argue that investing in gold is barbaric, and go ahead to quote that it does not hold any monetary value. In the present-day world, paper currency is the preferred type of money. There are also those who argue that gold has intrinsic properties, that make it retain (or increase) its worth throughout the years. Those who have held gold in their portfolios can attest to the fact that it’s one of the most stable assets during economically challenging times.

Following the advent of gold as a form of money, its importance grew very fast in different continents in the world. At some point, this shiny metal was owned to symbolize wealth amongst different communities in Asia, Europe, Africa, and the Americas.

The United States government continued with this tradition of the use of gold as money, through the establishment of the bimetallic standard as early as 1792. The bimetallic standard stipulated that all monetary units in the U.S. had to be backed by gold or silver. This, in effect, meant that the coins that people used as money represented the precious metals (gold and silver) held at the bank.

Unfortunately, this standard did not stand the test of time. In the 1900s, there were a couple of events that led to gold being excluded from the U.S. monetary system. Below is a timeline of major events that occurred:

The Federal Reserve was created, and it began issuing promissory notes, which can be viewed as paper money by today’s standards. The promissory notes could be redeemed in gold, on-demand.

The Gold Reserve Act saw the U.S government gain title to all the gold coins in circulation and halted the minting of new gold coins. This, to a great extent, cultivated the notion amongst U.S. citizens that gold was no longer to be viewed as money.

The U.S. government gave up on the gold standard. Since then, the U.S. dollar ceased to be backed by gold.

The Role of Gold in the Modern Economy

Even though the U.S government no longer allows for gold to back the U.S. dollar (or any other currency for other matter), this rare and valuable precious metal still has its value in the present-day global economy.

Central banks and other financial organizations such as the International Monetary Fund all have balance sheets that reveal volumes about the importance of gold. The fact that these organizations hold about a fifth of all the above-the-ground gold should show you that gold bullion investments are worth looking into.

Moreover, more central banks (and countries/states) have been adding to their gold reserves, which reflects their concerns about the state of the economy both in the present-day world and in the long-term horizon.

The Weakening U.S. Dollar – Gold as The Solution For All Investors

The takeaway here is that investors in the U.S. can only remain in the safe territory by adding gold to their investment portfolio if other global investors are diversifying out of the dollar.

As we have already established, gold is a diversifying asset. Historically, investors have added gold to their portfolios as an approach to diversifying them. Today, there are many reasons why you should act with urgency to diversify your investment portfolio, including:

If you simply are out to invest in gold bullion to diversify your portfolio, then you will be making the right move. This is because gold is negatively correlated with most of the assets in today’s economy, including paper assets (bonds, stocks, and funds), and real estate. By purchasing gold and holding it in a reliable gold individual retirement account (IRA), you present yourself with the opportunity to diversify your portfolio from the turmoil in the global economy (such as stock market crashes).

Investing in gold bullion is not a dream far away as it seems. Check out the top-recommended gold and silver IRA service providers below, and contact one of them to get started right away. 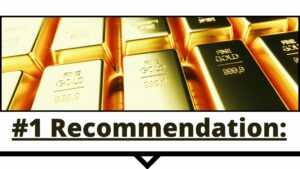 That will be all for this post in which we have addressed the question “ Is it worth investing in gold bullion” I hope that I answered this question well and that you now know what you stand to gain by putting in some money into a gold IRA. If you need some guidance with getting started with gold bullion investments, do let me know so that I can help you by pointing you in the right direction.