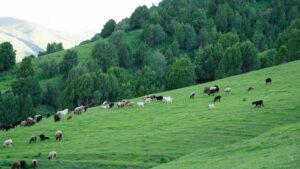 Food security in the current decade- What is the food situation so far? What can we expect from the agriculture sector?

The most profitable  farm animals

For starters,  let me clarify that there is no given guarantee that the animals below will bring in a  sizeable profit for every farmer,  but they have been discovered to be the most profitable ones in various agricultural settings.  you should therefore not forget that profit-making is subject to a wide variety of factors.

This is one of the top animals that most farmers will think about having on their farms.  The most profitable thing about chicken rearing is that they lay eggs that are consumed by nearly every household in the world.  If fed properly, hens can produce a consistent supply of eggs, which in the long run can lead to massive profits. 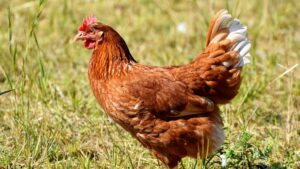 If you can manage to raise organic chicken,  then there are even more profits for you.  This is because of the new age food consumers gradually shifting to the consumption of organic foods. On the overall,  here are the ways in which you can make money raising chickens:

Goats have managed to become some of the very profitable livestock choices over the years.  While this may not be so apparent in the  United States,  close to 65%  of the entire global population usually consumes goat meat.

Besides the consumption of goat meat,  these animals are reared for the production of goat milk and cheese.  Their milk happens to be a fantastic alternative to regular dairy milk. The good thing about goat farming is that you do not need to get a whole herd of goats to make money.  Rearing two goats has the potential to fetch you $1000 to $2000  on an annual basis.  If you decide to rear goats,  here’s how you can make your money:

How are investors in the field of agriculture planning to make money this decade?

This is another great option for those who are thinking about doing profitable animal farming.  You do not need to own a large parcel of land to begin raising rabbits.  You can actually more about rabbit farming,  even as an urban homesteader.

Rabbit meat has been labeled a healthy option to some of the animal meats in the market,  hence is quite profitable.  Rabbits breed very fast,  thus enabling farmers to have an endless supply of rabbit meat for sale in various markets,  and for their families. The standard price for rabbits that are sold as pets lies between $20 and $50.  If you can structure your operations to produce 10 bunnies each month,  you can rake in anything between $2400 to $6000 per month. 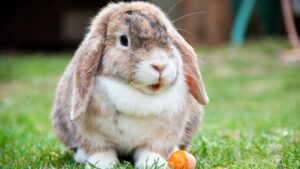 Rabbits are also known to produce a lot of organic manure that is highly sought-after by those who have taken to organic farming.  Here are the ways in which you can make money  rearing  rabbits:

Pigs have earned the name “ mortgage lifters” due to the fact that they are easy to raise,  and I can bring you a significant amount of profit on an annual basis.  One of the best things about raising pigs is that they can consume whatever foodstuff that you present to them,  provided that it is edible.  You can therefore toss all the food waste to the pigs, and they will have it gladly. If pigs seem like animals you can consider rearing,  then you can begin by targeting to sell at least  8 to 10 piglets,  after every 4 to 5 months.  Depending on the breed of pig that you are working with,  every piglet can go for as high as $100.  15 to 20  piglets sold annually,  will fetch you $1500 to $2000 per year.

Generally,  pig rearing  will give you money if you:

Sheep happen to be very profitable around religious festivals such as Easter and Ramadhan.  During these two festivals, people are willing to pay a price just to lay their hands on high-quality fresh meat. Most of the sheep farmers have a tendency to raise both sheep and cattle on the same farm.  The sheep come in as the profitable short-term animals,  and they help such farmers to get liquid cash before the sale of cattle (which happens after around  18 to 24 months). 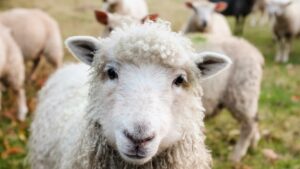 Sheep rearing  can give you money  through the following  ways:

Beef cattle have, in most countries, been considered the most profitable and easiest animals to rear for massive profits.  Unfortunately,  this is not the type of farming that you can venture into if you do not have a large parcel of land.  Whether you are thinking about going into beef or dairy farming, you will need to ensure that you have access to good quality pasture, and sufficient room for the animals to roam.  You will also need to think about quality veterinarian care and a consistent supply of hay.  One of the things that you will realize, however, is that as much as cattle require plenty of food,  they are in most cases perceived as being low maintenance animals.  If you get the land factor right,  then you will be well on your way to running a successful cattle farming business.

Most cattle farmers can boast of having a decent profit at the end of each rearing period.  Most of them  generate income through:

It is evident that animal farming is one of the branches of agriculture that is sustainable by all means. Is this bound to be the case in the decade that we have just walked into? Should we expect to see more farmers and investors try their hand in animal farming or not? Have a look at what investment experts have to say about what they think the most profitable approach to investing is for this decade:

There you have it with today’s article on the most profitable animal farming. Did you gain some insights from it? Kindly let me know in the comments section. Feel free to also share it with anyone who you think would find value in what I have presented in it.