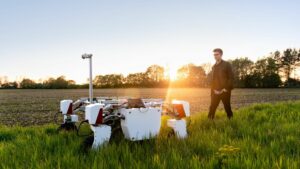 Today we shall be looking at the application of robotics & drones in agriculture industry. The agricultural industry is being revolutionized by the use of robotics and the automation of various processes. Automated farming is actually graduating from strength to strength as more firms realize the potential borne by the application of technology in the production of food,  in a bid to meet the ever-increasing demand in the market. By 2022, it is actually expected that the market for drones and robotics in this industry will rise above the $35 billion mark.

==>Ready for the oncoming food crisis? Here is how to stand on guard

There are certainly real problems in the present-day world that traditional farming methods cannot solve. The traditional farming methods, have in fact become so inefficient, to the extent that relying on them would only lead to the underproduction of food. The farmers in the developed nations are already suffering from the lack of sufficient labor, hence robotics and automation are the way to go for them. Some of the ways in which robotics in agriculture have been applied include:

Nurseries are the sections of land or greenhouses where seeds are grown into young plants. The young plants are usually sold directly to those who need them, including the farmers who are entrusted with making sure that the demand for food in the market is met.

There has been an increase in the efforts channeled into the automation of nursery planting. We have already seen companies such as HETO Agrotechnics step in to provide viable solutions for the seeding, potting, and warehousing of plants that are alive, in greenhouses.

A wide variety of food plants usually start their life as seeds planted in a field. Traditionally, the seeds are usually sown by scattering, using a machine known as a broadcast spreader. This machine throws out the seeds on the field as a tractor drives around at a consistent pace burying the seeds. This is a method that is not very efficient and one that can lead to the wastage of seeds.

Autonomous precision seeding, on the other hand, usually combines robotics with geomapping. With this approach, a map is usually generated, so that the soil properties at every point of the farm are identified. The properties that are usually identified include quality and density. Once this has been done, a tractor that has robotic seeding attachment usually places the seeds at specific locations and depths, giving each of them the best chance to grow.

Monitoring each crop in a field can be a big job. With the new sensor and geomapping technology, however, farmers are now in a position to obtain more refined data about their crops, than has been the case in the past. Ground robots and drones have provided the means to collect data autonomously.

Companies such as PrecisionHawk ( a drone company) usually provide farmers with combined packages that come with both the robotics hardware and the software that does the analysis. Upon making the purchase, the farmers move to the field with the drone, start the software through their smartphone or tablet, and then begin collecting plant data in real-time.

BoniRob, a ground-based robotics company gives farmers the chance to access even more details about the crops, since they are able to get closer to them. Their robots are actually used for extra tasks, including weeding and fertilizing.

The traditional irrigation and fertilization approaches have used lots of water, and have been quite inefficient. Robot-assisted precision agriculture has stepped in to minimize the wastage of water by ensuring that the plants are targeted. Ground robots usually go in between the rows of plants autonomously, and they pour water at the base of every plant.

Robots actually have an added advantage in that they can access the areas that machines cannot access. Corn growers for instance face the problem characterized by the very fast growth of the plants, to the extent that it is hard to fertilize them reliably. Rowbot presents a solution in the way it easily drives in between the rows of corn and places nitrogen fertilizer right at the base of each crop.

The spraying of pesticides to fields is on most occasions quite wasteful, and it can also damage the surrounding environment severely. Robots come in to provide an efficient approach to the application of weed killers. 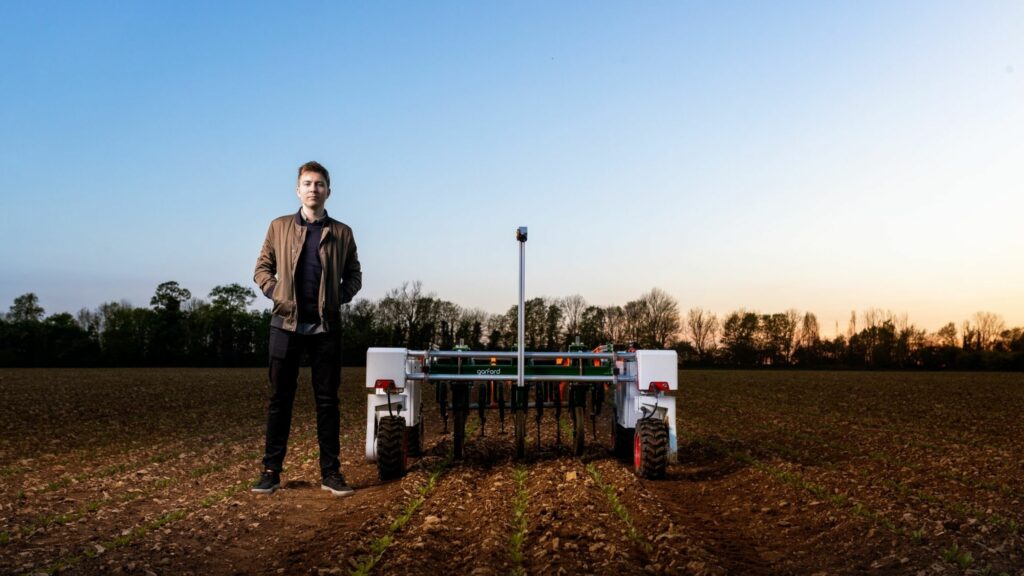 There are robots that are created to carry out micro-spraying, in a bid to reduce the amount of herbicides that goes into the elimination of weeds. Micro-spraying robots rely on computer-vision technology to detect where the weeds are and then target drops of herbicides on them. an example of a popular robot that does this is AG BOT II ( it is solar powered for even more efficiency).

There are weeding robots that do not even need to utilize chemicals. RoboCrop, for instance, relies on computer vision to identify the plants as it is pushed around the farm by a tractor. It usually hoes the spaces that lie in between the crops in a bid to uproot weeds. There are also other weeding robots that use lasers to destroy the weeds.

What is the state of the global agriculture industry? Are we doing things the right way? Here is how the governments may have changed the trends

Several of the above-mentioned robots are usually attached to tractors to facilitate motion. As humans drive around the tractors, the robots are usually required to adapt to the speed at which the human being is driving. Fortunately enough, there are fully autonomous tractors that are becoming quite popular in this industry.

According to the IDTechEx Agricultural Robots report, more than 300,000 tractors having autonomous functionality were sold in 2016 alone. This trend is actually becoming more popular in the agricultural sector, where tractors are even following around the human-driven combine harvesters as they collect the grain.

The harvesting of crops such as wheat and barley is usually very simple. With a combine harvester and automated tractor, very many bags of these crops can be harvested in a single day. Produce such as fruits and soft crops are however more difficult to harvest since they need manual dexterity.

The Clever Robots for Crops project that is funded by the EU is actually making significant strides in as far as the creation of robots that can harvest apples, grapes, and sweet pepper is concerned.

As you can see, robotics are shaping the agricultural industry as we know it, but is that all there is to the equation? Will it help with the sustenance of the fast-growing global population? As a farmer or investor, you need all the knowledge that you can get to inform your decisions. Find below my recommended 4-part series that will fill you in on the other information that you need to get started with investing in agriculture in this decade.

I hope you gained something from today’s article about robotics & drones in agriculture industry, and that you are well placed to talk about a thing or two with regards to this topic. I also highly recommend that you take a look at the 4-part agriculture series, to unravel the details about what farmers and investors should expect in this decade.