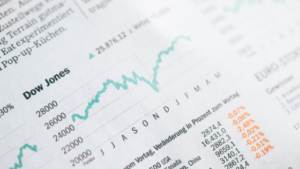 This article is going to be another one in our series of Stock Market News Articles. The content will be the same as the headline suggests. Ok, with that being said, let´s get into it! Stocks finished the other week slightly lower than the previous, after three consecutive weeks of gains.  The primary factors that captured the attention of investors were the upwards spike in oil prices and the Federal Reserve’s decision to cut rates for the second time this year.

A terrorist attack on critical oil infrastructure in Saudi Arabia resulted in the worst oil supply disruption in history.  A whopping 6% of the entire world’s production was impacted. Oil prices rose 15% at first, but then ultimately gave back some of the early gains, finishing the week 6% higher.  Saudi officials stressed that production will be largely back to normal by the end of the month, a faster timetable than many had predicted.

On the fiscal side of the coin, the Federal Reserve lowered interest rates yet again this year, cutting them by a quarter-point this time in an effort to combat the effects of slower global economic growth and trade uncertainties.

The debate now is whether or not these measures are needed, and if they will indeed have the intended effect of extending current economic expansion.  The U.S. economy is currently showing a reasonably clean bill of health, underpinned by strong consumer activity. The traditional conditions that usually necessitate Fed stimulus aren’t present:  the economy isn’t immediately entering a recession and deflationary factors are not present. Some areas of risk have emerged though, and the Fed seems to be showing a proactive side, not waiting for a total recession to take hold before applying some sort of corrective action. 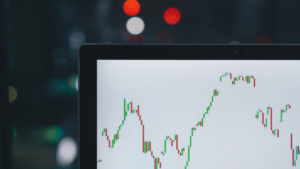 On the plus side, the economy is performing well on paper and many key metrics are in good shape.  Unemployment is at 3.7%, just above the lowest level in 50 years, and we’ve seen 107 consecutive months of job growth, the longest streak on record.  Wages and personal spending have also seen rises over the last several years. The U.S. GDP has grown an average of 2.7% over the past two years, which while far from stellar, is still not on the edge of recession.  One of the mandates of the Fed is to promote maximum employment, which is mostly being achieved. The preemptive cuts could provide the needed momentum to extend economic expansion or at least prevent monetary conditions from being too restrictive, a common contributing factor to recessions.

It’s not a purely rosy picture, however, and employment isn’t the Fed’s only mandate.  Another key area of focus is price stability – and it’s one that offers some support for the Fed’s current approach.

We’ve been experiencing low inflation for a high percentage of this economic expansion, with it running below the Fed’s intended long-term target of 2%.  This is up slightly from the average over the past decade and indicates that inflation remains relatively contained, which acts as a buffer for the Fed to implement proactive rate cuts.  It’s notable that in August though, inflation was at its highest rate in over a year, at 2.4%. Sustained wage increases could put pressure on consumer prices over time, increasing inflation and complicating the Fed’s efforts.

The other area of risk is in the manufacturing sector.  This is partly a result of tariff uncertainty, and the Fed has also acknowledged the risks that the current U.S.-China trade turmoil poses to the economy.  While trade is a relatively minor portion of the U.S. GDP, the indirect impacts the trade war could have on spending and investment have the potential to be significant.

The Fed is in a difficult spot, and waiting until a recession is in full force could be seen as imprudent given the tools currently available to extend economic growth.  On the other hand, simulating an already healthy economy can stoke inflation or other imbalances that could end up stopping expansion in its tracks anyway. Regardless, we’ve recently seen Bitcoin and gold emerge as two of the best vehicles for diversifying your portfolio in uncertain economic conditions like these.  No matter how things play out with interest rates, the trade war, and the global economy, it’s critical that you have a safe haven for your wealth. 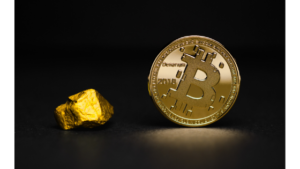 Bakkt recently launched Bitcoin futures.  The Intercontinental Exchange-backed bitcoin warehouse and futures contract facilitator opened its doors on Monday for institutional investors to take positions on the cryptocurrency in a federally regulated venue.  Bakkt’s futures will be physically settled, which means that buyers receive actual bitcoin at expiration – unlike the futures available since 2017 at the Chicago exchange CME group which are cash-settled, essentially side bets on crypto price.

The launch does demonstrate that more and more Wall Street instructions, which are traditionally quite conservative, are now taking a close look at digital currencies and want to gain experience with this new asset class.

Gold prices rebounded from a slight fall last week, and a brief bear run dropped the price below $1500 but resistance was quickly met and drove the price back up.  The $1,520 mark had seen resistance previously, but bullish momentum helped the gold price break through it. It’s still hovering around $1400 as of this posting.

Gold prices were helped by Fed rate cuts and increasing geopolitical uncertainty, including increased trade tensions between China and the United States, which saw stocks take a tumble after a few weeks of consecutive growth.

This combination of rate cuts, geopolitical uncertainty, and volatile stock markets makes it an ideal time to invest in Gold.  The precious metal has not only seen continued growth this year, but it also acts as ideal storage of wealth in volatile markets like these.

“Gold is positioned to remain one of the prime destinations of safety this week as the horrible combination of US-China trade disputes and global growth concerns boost appetite for safe-haven assets,” FXTM senior research analyst Lukman Otunuga said.

Technically speaking, Gold’s picture is currently very bullish, and there are no indications that will change in the near future.

Now is the time to take advantage of the rising price of gold and protect yourself from stock market volatility. Indicators are showing that these bullish trends will continue in the gold markets, giving you an excellent opportunity for immediate growth and providing protection for your assets against future economic downturns.  Don’t miss out on this opportunity. Act now and reap the benefits.

I hope you found this short Stock Market News Article to be helpful and that you will continue to enjoy our future articles on these subjects!