Are there any top agricultural investments that you should know about so that you can seize the opportunities right away and start building the foundation of your financial prosperity as a farmer or investor? 2020 has been quite the dynamic year for all investors, including those in the agriculture sector. One of the best ways through which we can acquire a deep understanding of the pace of the agricultural investments is to have a close look at consumer food preferences.  For starters, the sales of fresh food in 2019 alone increased by $4.6 billion, that of organic farm products by $925 million, and that of plant-based products by $982 million. 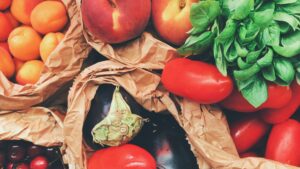 The present-day young generations have figured out their way around living a health-conscious life, and this has been reflected in the type of foods that they eat, and their inquisitiveness as to how that food was grown and by whom. Such are developments that are worth looking into, which is why I think knowing about these top investment trends below would be beneficial from an investors’ perspective:

Have you heard about the oncoming food crisis? Ready to Survive and Profit?

The production of plant-based protein

The very fast rise of plant-based proteins such as Beyond Meat has been a key driver of the move by farmers to adjust their production goals to produce more of the crops that are in line with the supply of these products. Truth is that opportunities exist for those farmers who would like to acquire portions of land to grow and supply such crops to the underlying processing companies.

With Beyond Meat, for instance, the ingredients included in the final product include peas, brown rice, sunflowers, as well as a variety of beans such as mung and fava beans. As much as the prices of peas have dropped to their lowest in the past 20 years ( as a result of tariffs reducing demands instigated by China), it is also known that the overall production of this crop has increased by 40% ( from 2019). If this is a field you are interested in, then you will be happy to know that Cargill recently injected $100 million in Puris Food, a well-known producer of pea protein. 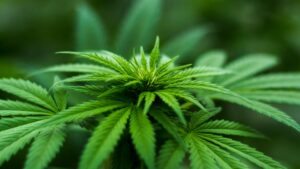 Hemp and Marijuana are part of the Cannabis family. Unfortunately, most people confuse Hemp with marijuana, therefore doing away with anything in the name of marijuana including potential legit income-generating opportunities. Cannabis has several compounds known as Cannabinoids, the two dominant ones being:

The two compounds have been found to have some outstanding benefits to the human body, though THC has psychoactive effects in the way it makes its users get high. CBD on the other hand does not have the psychoactive properties. Hemp has an extremely low concentration of THC, whereas marijuana has a high concentration of THC. It is due to this reason that marijuana is produced for recreational and medicinal properties, whereas hemp is grown as an industrial and non-drug variant of Cannabis Sativa l, harvested for its fiber, hurd, seeds, hemp wood, and hempcrete.

The 2018 Farm Bill legalized the production at a federal level, thus enabling states to come up with their programs to grow industrial hemp. This law made it legal for hemp to be transported across state lines, thus expanding both export and sales options for investors. In addition to that, crop insurance has also been extended to hemp operations, thereby minimizing the overall risk that was initially borne by the farmers.

The global market for the entire world is expected to go up by $10.6 billion by 2025. Such is an investment opportunity that is worth looking into.

Agricultural Investments are at times risky, but they don’t have to be a juggle for you. Get the facts right and thrive financially!

The use of Natural Sweeteners

Americans are gradually limiting their intake of sugar and embracing the use of natural sweeteners instead. Crops such as dates, raisins, and some other types of fruits have been very useful in this case. According to the Whole Foods 2020 Report, consumer brands are expected to replace sugars placed in various desserts and marinades with the syrup reductions sourced from fruits like pomegranates, dates, and coconut. These are definitely crops to keep an eye open for, since if the predictions are to go by, then we can expect a significant price increase in the next 1 to 2 years.

The practice of indoors agriculture

For several thousands of years now, soil-based agriculture has been the main type of agriculture. In the recent past, however, other novel farming systems have started to gain dominance. Indoor farming, or what is referred to as controlled environment agriculture (CEA), carries the promise of revolutionizing and decentralizing the entire food system in the USA. CEA is expected to bring the food production units closer to the consumers, which is one way that will help with the improvement of the quality, taste, and consistency. Vertical farming is for instance expected to rise by a cool 33% ( period lasting between 2018 and 2024). Not forgetting that the sales for locally grown produce went up by 66% in the period lasting between 2014 and 2019.

Despite there being an increased demand for plant-based proteins, the demand for meat products in the form of beef, poultry, etc., is likely to remain consistent over the years. One thing to note, however, is that consumers are getting more concerned with the conditions under which the animals are brought up in, and that includes the food that is fed to them. At the moment, an estimated 41% of all Americans view animal welfare as a social cause worth pursuing. 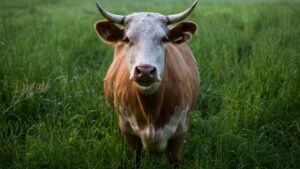 One main trend we can therefore expect in the years to come is the increase in grass-fed meat production. An estimated 50% of all beef that is consumed in the USA is sourced from Australia. This essentially shows that there is a significant opportunity for the growth of the North American beef industry.

Where exactly is the Agriculture Money At? Get Valuable Advice From a Seasoned Investor

These are just but some of the top agriculture investments that you can consider as you diversify your portfolio. My general thoughts on this field is that there are numerous opportunities to be taken advantage of, and any investor who is out to make a fortune can with sufficient information go about the investment process with confidence. Take your time to have a look at what the 4 part agriculture series has to present so that you can get a clearer picture of what the agriculture landscape is looking like. Knowledge is power, it has been said, so you should arm yourself with sufficient facts before spending a single dime on any opportunity. That said, I wish you a great time maneuvering your investments and making that money.