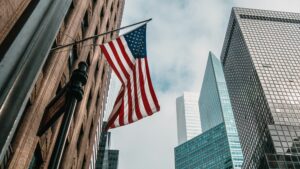 The United States agricultural economy extends beyond some businesses to a wider variety of related farm-related companies.  The largest of these companies happen to be food services and food manufacturing businesses.   The reason behind the existence of many companies in this industry in the United States can partially be explained by their presentation of the information on American’s food expenditure.  Most of the homes in the US  spend not less than 13% of their total income on food.

How to survive the looming food shortage (despite the increase in demand for food, on a global scope)

The Federal Government has also stepped in to play its role in as far as the definition of the farming food programs is concerned,  as well as the formation of structures for nutrition assistance is concerned.  Let us a closer look into what the US  agricultural economy is like.

The share of Agriculture  as a part of the whole economy

The contribution of the USA agricultural sector to the US employment

In 2019 alone,  the agricultural sector provided 22.2 million full-time and part-time jobs to various United States citizens.  This is an equivalent of 10.9% of the entire USA employment.  2.6 million jobs were as a result of direct on-farm employment.  This translates to 1.3% of the USA employment.

The clear indication here is that agriculture is actually a significant source of jobs in the United States economy.

The  expenditure  of American households on food 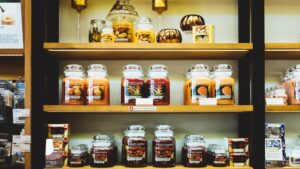 American households spend 12.9% of their total income on food,  in 2018.  This expenditure ranked third behind housing and transportation.  below is a breakdown of how 2018

Is consumer behavior shaping the agriculture industry? Learn the drivers of change in this industry in 2020 and beyond

Close to ⅓ of all the farmland in the USA is rented out by non-operator landlords. A survey conducted by the National Agricultural Statistics Service (NASS) and ERS on the following areas:

Revealed that landlords mainly concern themselves with long-term decisions, as opposed to short-term management practices. They also try to maintain long-term relationships with tenants, with there being few cases of new tenants being granted access to such land. 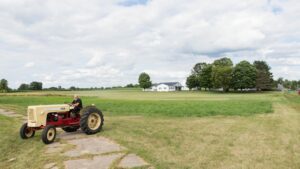 In the period lasting between 2015-2019, for instance, 10% of all the farmland was expected to change hands, in the form of gifts, trusts, and wills. Only an estimated 2% of the farmland was going to change hands through the sale to non-relatives of the current owners. This generally shows that it could be a challenge to acquire land for farming in the USA, through an open-market purchase.

The use of renewable energy production in the USA farms

The energy sector has been rolling out major changes, including the ones listed below:

This, in one way or another, affects the agricultural sector as we know it. This explains the reason behind the doubling of the number of farms that produce and rely on renewable energy, in the period lasting between 2007-2012.

The shale revolution has made it possible for farmers to earn more money with better terms for their mineral ownership- close to 6% of all farm businesses in the USA earn an average of $56,000 in terms of royalty payments, and leases, from energy production firms.

The use of antibiotics for the purposes of production

ERS conducted a study on the use of antibiotics in farming activities such as:

One of the major conclusions of the study was that the restriction of the use of antibiotics in animal rearing was likely to result in a slight increase in the wholesale prices  (1% change), and a decline in the levels of production by less than 1%.

The place of precision agriculture

Precision agriculture has, over the years, allowed farmers to fine-tune their production, and to earn a higher income. It is characterized by the use of:

The access to within-field data has been found to quite an effective approach to the minimization of input costs, and the maximization of yields.

The adoption rates of precision technology in the farm fields vary quite significantly. Yield monitors have however been very widely adopted in the corn and soybean farms (for which the USA is a major producer and exporter in the entire world).

Auto-steer systems are used on close to ⅓ of all these farms, while GPS-based yield mapping is used on ¼ of all the farms.

That will be all for my article about the United States Agriculture Economy. If you found it valuable and interesting, you can share it with your friends so that they can also get a touch of the same value. As we progress further into this decade, it is becoming more apparent that we need to make more decisions based on the analysis of the world at large, not mere speculation. If you are working or investing in the agriculture sector, you also need to arm yourself with sufficient information on how to go about things in this decade. Kindly have a look at the 4-part agriculture series, that is packed with information on how to survive and profit in this decade.