What is Agricultural Financing? What role does it play in this industry? As we already know, agriculture provides livelihoods to such a large number of people living in both developing and emerging economies. This is the case more so for those living in rural areas. Unfortunately, the access to agricultural finance for such people is still a barrier. It is the lack of access to funds that stops most farmers from taking up new technology and significantly improving their efficiency. 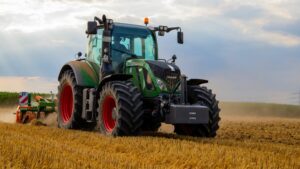 The overall demand for food is expected to go up by 60%, by the year 2050. This is notwithstanding the fact that this industry, as is, is already under the pressure to meet the current demand. Effectively speaking, the sure way to maximize food production is to pour some money into sustainable technologies, along with climate-smart agriculture. With such kinds of investments, farmers are strengthened to produce more food, without negatively affecting the environment. Such investments can also help with the lowering of food prices, as well as the promotion of the economic health in the underdeveloped areas.

Agricultural financing refers to the provision of several types of services which are all dedicated to the provision of support to both the on-and-off farm agricultural activities, the provision of inputs, the facilitation of production and distribution of the end products, as well as the wholesale, processing and marketing. Without the facilitation of such efficiency, it is hard for the small-scale farmers to meet the demand for food production in the market. As of now, the farmers need roughly US$450 billion to sustain the global demand for food. The lack of credit only implies that the farmers are restricted to farming practices that lead to low productivity.

Are you aware about the oncoming food crisis? Is there anything that you can do to ensure that you survive it and make earn an income while at it?

There are several financial institutions that have made their way to rural areas in the developing nations to try and meet the demand for credit, but they’ve unfortunately not managed to reach most smallholders who would be interested in the already outlined financial services. In fact, farm surveys conducted in developing nations reveal that less than 1 in 10 small-scale framers qualifies for a commercial loan from a financial institution.

Unfortunately, due to the very risky nature of the industry, the availability of the financial services to cater to the needs of these finances is very limited. Generally, it is hard for the financial institutions to provide credit to farmers in these rural areas, whose nature of income-earning activities can best be described as high-risk and low-return. This is definitely unattractive to the stakeholders in the financial services industry, who are also out to make their profits as well.

The farmers, who are mainly women and young people who do not have any formal ownership of the farm lands do not have anything substantial to offer as collateral. There are traditional money lenders who try to fill this gap, but this can be extremely risky even for the farmers who are expected to pay very high interest rates. This in the long-run contributes to the financial downfall of the farmers, instead of enabling them to move forward into prosperity.

What are the major constraints of the deepening of agricultural financing markets?

A variety of factors limit the financial institutions that would like to step in and provide the farmers in need with the type of help that they would need. Some of the main factors include:

In well-developed nations, agricultural financing has played a crucial role in the agriculture sector. Unfortunately, for the ever-growing demand of food in the entire world to be met, there needs to be more effort being put into how even those in the developing and emerging economies can access financing at the time that they need it the most. Here are some of the ways that the farmers in these economic zones can benefit: 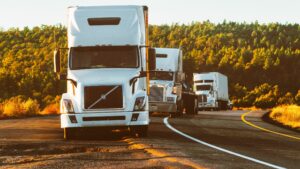 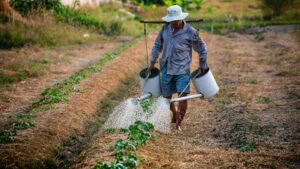 We recently established that the current solar cycle that we are in will be accompanied by significantly lower crop yields, and the only way to ensure that the supply of food to the market is not affected heavily is to invest in technology that will see to it that more food is produced.

Technology will also step in to enhance the financial transactions, and to significantly reduced the transaction costs. The creation of better electronic payment platforms is bound to have long- term cumulative benefits to farmers, who lose a lot of money during the transaction processes.

That will be all for this article about what agricultural financing is about. I hope it has helped you see what exactly we are up against if this facet of the industry is not looked into with the deserved attention. Also have a look at what the 4 part agriculture series has to say on the subject of making money in this industry. I am sure you will find some insightful tips on how you can position yourself to survive the oncoming food crisis and profit.

Eric, Investor and member of the GoldRetired Team.