What is G999? Is there anything about it that you should take advantage of? Who is it for anyway? Welcome to my review about G999, in which we shall be answering the questions above, and more. Here is the structure that the review will take:

G999 exists as a peer-to-peer electronic cash system that is meant to make global money transfers more efficient. Efficient in this case means that the transactions are fast and they attract minimal fees. 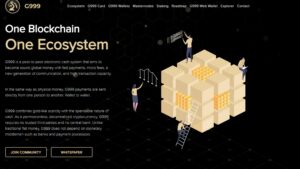 G999 is also out to enable new generation communication, as it also increases the transaction capacity of various organizations.

The model of transaction is no different than the regular transactions in which physical money is sent directly from one person to another. With G999, the money is usually sent from one wallet to the other. One thing that sets apart G999 from most platforms that allow wallet to wallet transactions, is that it is based on a decentralized cryptosystem(blockchain). This means that no trusted third parties or even central banks are needed to facilitate or oversee the transactions.

G999 does not need any monetary middlemen such as payment processors to make money transfers happen.

G999 happens to be the main blockchain project of a company known as GSB Gold Standard Banking. GSB’s board Chairman, Mr Josip Reit, recently hired Sophia Thomalla ( a popular German media personality) to be an ambassador for their G999 project. In most of the cities around the world, the campaign is already taking off smoothly, so you can expect to see or hear a lot of about G999 and GSB.

G999 is based on blockchain technology which allows people and firms to make very fast transactions through a network that does not have middlemen. The G999 blockchain is one that can best be described as being secure and fast, according to G999.

G999 has also succeeded in facilitating communication through the blockchain network. Let us see how G999 makes this happen.

The G999 cryptographic algorithm happens to be immune to external attacks. The chances of hacking a blockchain successfully are close to nil. This comes as a perfect solution to the present-day cybersecurity problem. This is actually a very prevalent issue at the individual, corporate, and national levels. Blockchain technology enables encrypted communication in which a private key is used, alongside a public key that is used for verification. If there are any changes in the encrypted data that is being relayed, then the signature on the data becomes invalid. The block is in this case, usually ignored, and does not make it to the main chain. This essentially means that not a single person can intercept your emails, text, and voice messages successfully.

In all honesty, successfully putting voice, chat, and email on the blockchain is a major milestone, in that no one party has control over our user accounts and the messages sent and received through them. Anyone can now send messages without worrying that they will be tapped into.

The G999 wallets are unique in that they allow their users to make both decentralized transactions as well as communication. They can be used to hold private keys, to secure or even stake the users’ G999, and to do peer-to-peer trading. 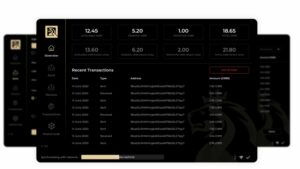 There are different types of wallets, which are all designed to suit specific users, depending on the goal at hand, as well as the level of expertise. They include:

What are Masternodes and how do they work?

Masternodes are essentially powerful servers that are usually backed by collateral that is held in G999. These servers are designed offer advanced services, as well as governance on the G999 blockchain. Masternodes usually host full copies of the underlying blockchain. This makes it possible for them to offer a second layer of services to the blockchain, which is something that facilitates advanced functions such as:

What is the G999 Blockchain Explorer?

G999 also offers what is known as the G999 Block Explorer, which is essentially a blockchain browser that displays content from individual blocks, hence making it possible for all the transaction histories and addresses to be viewed. From the G999 explorer, you can view all the ongoing interactions in the blockchain. This means that you can view the number of running master nodes.

G999 also has its unique tokens referred to as G999 coins. These coins are currently not for sale, though they can be exchanged on GSTrade.exchange. 69 USDT can be exchanged for 4999 G999 coins. The alternative to making this type of exchange is using promotional vouchers that can be redeemed on Masternode spots. One can also take part in G999’s staking program. G999 coin is however expected to be listed on several exchanges, including:

You can therefore keep checking the above platforms for the availability of the G999 coins.

GSTrade is a platform that brings together all the features of what can be termed as a digital economic system that is based on cryptos. The GSTrade platform is made of elements such as the e-wallet, and the cryptocurrency exchange.

The platform also has features that are similar to other token listings. One of the main aims of the creation of this platform is to facilitate the mass adoption of cryptos. More coins are being added to the platform to ensure that customers have access to a wide variety of tokens for different uses.

In my opinion, G999 is genuine. The services that it is presenting to the world are actually very valuable. As already highlighted. G999 is out to make transactions easier for everyone by transforming the regular processes to blockchain-based transactions. The platform is already gaining the attention of crypto enthusiasts, who are engaging with its products for various purposes. G999 has several social media platforms, on which one can view customers’ interactions with the support staff. On Facebook, for instance, there are several comments and likes on G999’s posts. Most of them are the type of comments that are similar to what you would encounter on this platform’s competitors.

G999 is still in its early stages of development, hence is yet to be sampled by more customers, for us to get a more solid conclusion about whether it is reliable and recommendable. In the meantime, you might want to look at the platforms recommended below to access a couple of cool cryptocurrency and precious metals-based cryptos under one platform:

G999 is definitely one platform that is making strides in the right direction in as far as the decentralization of transactions and peer-to-peer processes is concerned. It is still in the budding stages but it has the potential to be a trendsetter in its niche. I think it is one that you can have a look at and see if you can utilize any products or services that it has to offer. Meanwhile, those who want to wait for G999 to gain international recognition (on a wider scope), can try out the platform recommended below:

Related info you might want to look at as well below:

Thank you for taking the time to read through this article about what G999 is about. Hopefully, you gained a thing or two that will point you in the right direction, in as far as deciding whether it is one that you will rely on or not. Let me know what you think about it in the comments section.