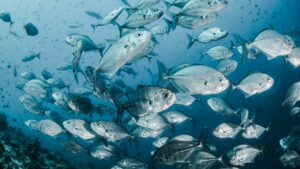 What is Marine agriculture?  What role does it play in the overall supply of food to the global population?  Is it sustainable?  These are some of the questions that anyone thinking about investing in marine agriculture,  or marine agriculture companies’ stocks would ask themselves.  In this article,  we shall have a look at the main concepts of this type of agriculture,  in a bid to establish its viability and relevance in the present-day world.

Marine agriculture, or mariculture as popularly known,  refers to a branch of aquaculture,  in which marine organisms are cultivated for food and other by-products.  Marine organisms are usually cultivated weather in open oceans,  enclosed portions of oceans,  in tanks,  organs which are usually filled with seawater.  This is why it is also commonly referred to as marine farming. A good example of this type of agriculture is when farmers  aim at producing large quantities of marine fish such as:

There are also those farmers who focus on producing seaweed in your salty water ponds,  for sale to various users. We have also seen from us produce non-food products including: 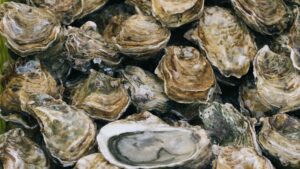 Evidently,  marine agriculture has a place in the present-day world, where the demand for the above products is not expected to wane just yet.

The USA, for instance, imports a large percentage of its seafood from established aquaculture projects. It is actually one of the commodities that has the largest trade deficits ( that is, the imports exceed the exports). In 2015, for instance, the trade deficit was $14 billion, which goes a long to show that this is a sector that has a very huge potential, in a country that is in need of marine food and products. In 2014, the USA’s marine agriculture production accounted for less than 0.5% of the global seafood supplied on a global scope. Asia, on the other hand, contributed 90% of the global seafood supply.

The Relevance of marine agriculture in the present-day world?

By the end of 2016,  the world’s population was well past  7.4 billion people.  This population,  which is growing at a fast rate, consumes food that comes from both land and the world’s freshwater resources. Despite all this food being supplied by farmers carrying out their activities on land and in water, we still have a large number of people who are still undernourished.  To be precise,  there are more than  800 million people who still lack sufficient nutrients from the food that they consume. 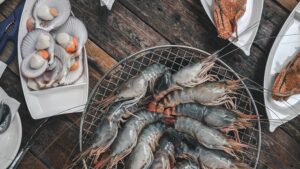 The ocean accounts for  70% of the entire Earth’s surface, yet it supplies only 2%  of the entire aquaculture produce.  It is, therefore, safe to say that there is great potential to reduce the pressure placed on land-based resources,  by expanding the fish farming activities in the ocean.

Marine agriculture presents many environmental benefits,  in comparison to other forms of animal meat production.  Maricultural operations generally leave a smaller carbon footprint, utilize less land and freshwater. Not forgetting that most marine fish are more efficient when it comes to the conversion of feed into edible proteins,  in comparison to poultry,  beef, and pork animals.

Does marine agriculture have any environmental effects?

Marine agriculture has evolved quite rapidly over the last two decades as a result of the fast advancement of technology, the improvement of formulated feeds,  the better understanding of various species,  the improvement of water quality in the closest farm systems,  a significant increase in the demand for various seafood products,  as well as government interests. There have been major controversies regarding the social and environmental impact of this type of farming, as a result of this.  Environmental experts have identified the following  major environmental impact from the marine farms:

As is the case with other types of farming,  the degree of environmental pollution mostly depends on the size of the farm, the species involved, as well as the husbandry methods.

How sustainable is Marine farming?

Modern agriculture development has so far been sustained by the application of basic as well as applied research and the development in various other disciplines.  The developments in the field of nutrition genetics product handling and socioeconomics has contributed to the development of mariculture on overall. One of the major results of such developments has been the creation of closed systems that do not have any direct interaction with the surrounding environment.  This, however, comes with hefty investment and operational costs,  to the extent that most marine agricultural farmers and companies simply opt to use open cages. The major downside to this is that the open pages can only be used as hatcheries.

Are there any sustainable ways to invest in any type of agriculture anyway?

What are the benefits of marine agriculture?

Sustainable marine agriculture comes with the promise of both economic and environmental benefits.  Experts in this field have established that the economies of scale mention having the capacity to produce a large number of fish at lower costs in comparison to industrial fishing.  This on the overall has been found to be an effective strategy towards the provision of better human diets,  as well as the elimination of unsustainable wild fisheries.

In addition to that,  the fish reared through marine agriculture are perceived to be of better quality than those that are raised in regular ponds and tanks.  This approach also makes it possible for there to be great diversity in the choice of the species.  Consequently,  marine agriculture is responsible for the consistent supply of fish to the food market,  and in the right quality as per the standards set by the food quality regulation bodies.

The general impression is that marine agriculture is part and parcel of what the world at large needs to give extra attention, as effort is made to see to it that the oncoming food shortage is dealt with appropriately. Even so, we shall still be a long way from solving it all. Experts in the field of agricultural investments have already established that we are in for an era of food shortage, which will be caused by several factors. Have a look at what the experts have to say on this matter, at length:

That will be all for this post on what marine agriculture is all about. I hope that you enjoyed it and that you gained some extra knowledge about what this branch of agriculture deals with. Let me know what you think about it in the comments section. Do not forget to have a look at the recommended resource above.