What is VistaJet? Why has it become a popular company in its industry? Is It one that you should start using right away, or should you simply stay away from it? Does the way it runs it operations meet its customers’ expectations?  Let us find out about that and more in today’s review about VistaJet

Name of the company: VistaJjet

Taking a flight in the near future? Have a look at what this company has to offer (book your flight on short-notice) 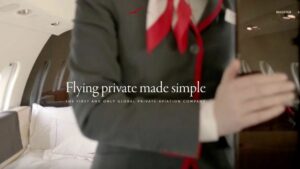 VistaJet exists a global business aviation company that was established in 2004. The founder and chairman of this company, Thomas Fohr, is one who isn’t very new to the air travel industry. He has been amongst the trendsetters of this industry, through the definition of customer-friendly operations. Currently, this company enables customers to travel from one point to another through a “pay for the hours flown” payment structure.

VistaJet has a fleet of privately-owned aircraft that customers can rely on as they travel to their intended destinations. As of 2018, these planes had made it possible for customers to fly to 187 destinations, and land on 1900 airports. More than 367,000 had benefitted from its services at the same time, about 14 years after its creation.

The headquarters of this company are currently in Malta, but it has some operational offices in the following cities:

This company takes pride in being the owner of a European Aircraft Operating Certificate (AOC) in Malta. It, however, has to partner with local aircraft operators in nations where airlines have to only fulfill domestic flights, and in the ones where airlines cannot be the majority owner of an AOC, such as in the United States. In the USA, VistaJet-owned and other registered aircraft are usually operated by select licensed U.S direct air carriers.

How does VistaJet work?

VistaJet has a business model that enables customers to fly on-demand, as opposed to having flights that are part of scheduled routes. This approach is referred to as ‘go-anywhere any-time.” VistaJet has a fleet of aircraft that it uses to serve its customers, who pay for them at an hourly rate.

Program is VistaJet’s multi-year subscription with which customers are expected to make committed payments, which should secure guaranteed availability of the aircraft. This is marketed as VistaJet’s best alternative to jet ownership programs.

Direct is on the other hand meant to enable customers to take flights directly, upon requesting them, with no other strings attached. It also grants customers access to preferential rates, when they’re taking empty legs or one-way flights, depending on the availability of aircraft. VistaJet launched its app know as VistaJet app in summer 2017, to facilitate the seamless delivery of services to its customers.

Who are the key people in VistaJet holdings?

A significant number of the people I’ve met so far are usually concerned to know who owns a certain company, or product, and can make a decision about whether to rely on the products or services based on the reputation of the key people involved. For VistaJet, the key people include: 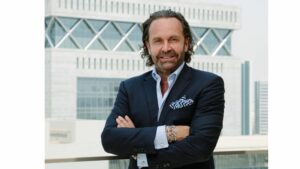 Which types of aircraft are on the VistaJet fleet?

As already highlighted, VistaJet is the proud owner of several aircraft, that it uses to deliver air travel services to its customers. So far, it’s known that VistaJet has several Bombardier business jets. It is, in fact, popular in the market for being the largest owner of Bombardier business jets. these jets range from super-mid to large cabin. The current fleet has the following types of aircraft:

It is reported that VistaJet is Bombardier’s single largest customer. Over the years, for instance, VistaJet placed the following orders with Bombardier:

VistaJet has taken things a notch higher by commissioning artists to participate in its nose art projects. The company also went the extra mile of commissioning Retna, a popular street artist to graffiti the tail of their popular Bombardier Global Express XRS.

In 2013, VistaJet commissioned Ian Davenport and Faberge for the tail of their Bombardier Global 6000 aircraft.

Is VistaJet Reliable or Not Reliable?

VistaJet has, in many ways, proven that it’s a reliable company in the aircraft charter business. It’s one that such a significant number of clients have turned to and are relying on for air travel. The company thrives under the able leadership of Thomas Flohr, who’s quite popular in this industry, and one who many would trust. Flohr has taken this company in the right direction so far, as we’ve seen with how he has been trying to expand the fleet of aircraft, in a bid to ensure that all customers’ needs are sorted (based on the type of aircraft they’d need to meet different needs). Even as an efficient company (as far as I can tell), VistaJet still faces stiff competition from other companies which have larger fleets distributed in different corners of the world.

VistaJet ticks a number of boxes for the air traveler who’s out to rely on world-class aircraft to travel to his or her destination. Its commitment to delivering excellent services is fortified by the moves it has been making in the last decade, such as acquiring new aircraft. Generally, there’re not many negative things to highlight about VistaJet, but I’d also recommend that you have a look at this other company to see if you’ll get a better deal.

Learn About My #1 Recommended Private Jet Company on This Page!

Thank you for making it to the end of this review about what VistaJet is about. I hope it equipped you with sufficient knowledge to decide whether this company is a reliable one or not and whether it’s one you’ll turn to in the future. What are your thoughts about it? Let me know in the comments section.