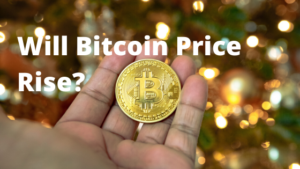 Investors worldwide are asking themselves the same question, will Bitcoin price rise to new heights? Will it crush the previous record of 20k worth? Will it become worth 100k or even 100oook as many experts have predicted around the year 2020?

Continue to read this short article and you will have a better understanding of the subject!

The latest hash rate numbers released to the public have shown that the Bitcoin network is close to 8 times more powerful than it previously was when it had hit the $20k mark, at the end of 2017.

According to the data obtained from Blockchain.com, the Bitcoin network’s total hash rate hit a 79 TH/s earlier this week. The highest this number had been was 70 Trillion Tera hashes per second (TH/s). The Hash rate is essentially the standard measure of determining the amount of computer power that is spent on the security of a given network. This means that a higher TH/s indicates an equally strong network.

The Bitcoin network has experienced very consistent growth in its power in the last few months. We have seen it surpass the all-time high mark a couple of times. This is how the figures have been looking like:

Despite the price of BTC standing at almost half of its all-time high, we can see that the size and power of its network have been experiencing gradual growth. The only deduction we can make from this is that its market trends are becoming more substantial, in comparison to the way they were back in 2017. According to a large number of BTC pundits, the price of BTC will stabilize between $10,000 and $11,000 before making another bull run that will see it break past the $20,000 mark, and potentially make a $40,000 peak.

Another thing that has been observed within the Bitcoin network is that the transaction fees have been consistently dropping, despite the consistent changes in the price and the volume. This, when combined with the growth of the network power indicates that there are high prospects of the coin’s widespread adoption, which are two very crucial factors that are meant to contribute to the increase of the prices of Bitcoin in the future. 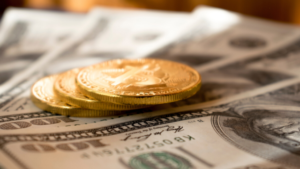 The market capitalization of Bitcoin has risen by 3.6% to hit the $287 billion mark. The overall dominance of BTC has however reduced by 0.9% (65.2). The overall volume of BTC has gone down by 17%($51 billion). All the cryptos in the market have seen their prices fall by the following percentages:

Some cryptos have however been experiencing a consistent upward trend. Some of the best performers in this category have been:

In other news, the Fidelity crypto group has made its formal application for a Trust Licence to New York Department of Financial Services (NYDFS). The acceptance of this application will mean that New York will be one of the states that operate the custodial business for the digital assets that it owns.

The United States stock market delivered results that were better than what was expected for the second quarter of 2019. These results were collected from a couple of major stock companies. Most investors made a positive response to these results, during the trade talks with China. They even went as far as proposing to have the U.S debt ceiling lifted, in a bid to minimize the government shutdown rates. Some of the best results booked include:

Coca- Cola’s (KO) shares rose by 5.9% to set a record high. These earning beat the Q2 expected earnings. The prices of United Technologies (UTX) stocks also rose and surpassed the predicted Q2 earnings. Some of the other companies that are expected to submit their Q2 earning late in the week include: 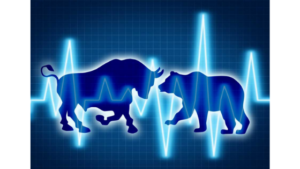 The prices of gold have continued to hold on consistently above $1400 per ounce, in the past week. The earlier price declines led to people making aggressive purchases, which again offset a bullish run.

Investors are also on the wait for cuts that the Federal Reserve, as well as specific central banks, make, as this always impacts on the prices of gold. When the rates are lowered by these financial institutions, the value of the gold market rises. This means that we shall soon be seeing an increase in the prices of gold.

This happens to be the best time to exploit the consistent growth that has been observed in the gold market. Indicators point to the bullish trends continuing, and this presents a very suitable opportunity for you to experience growth in the value of your assets. Take action promptly so that you can maximize the returns from your investments.

I hope you fund this short article about if Bitcoin price will rise or not to be helpful. Please share your thoughts and questions in the comment section below as I would be more than happy to answer them!